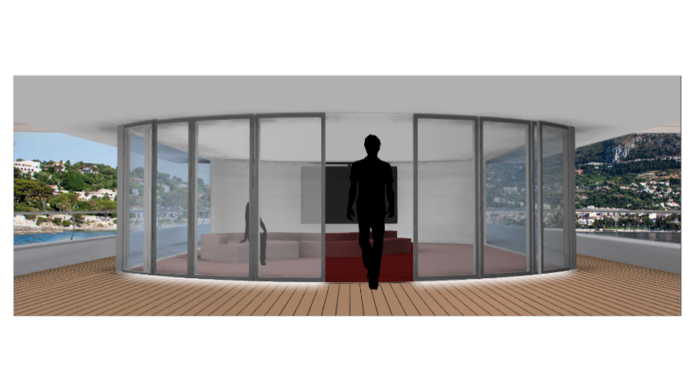 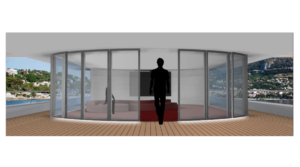 Smart Motion is the new flush door system by Rondal. It combines rigorous design with sophisticated technology and aims to expand the production of accessories and equipment for sailing and motor superyachts.

Subsidiary of the Dutch yard Royal Huisman, Rondal was formed in 1975 to manufacture flush deck hatches and deck equipment for Royal Huisman sailing yachts, and then opened to the market, receiving orders from other yards and owners. When Royal Huisman entered the superyacht sector, Rondal too specialised in making standard and custom products for this market niche with a very high level of engineering.

Its production for Sailing Yachts today includes Spars & Rigging, Winches & Feeders, Entrances, Hatches, Deck equipment and composites. Rondal is one of the leaders in making masts and booms in carbon or aluminium for the largest sailing yachts in circulation: it made the masts for the Perini Sybaris 70 m (launched in 2016), the largest – 72 m – is the tallest mast made from a single piece in carbon.

In recent years, aiming to carve out a larger share in the motor megayacht sector, it has been producing Sliding doors & alternative entrances, Windbreakers and Composite structures, where it has more than 20 years of experience, for example radar masts.

For more than a year and a half Rondal has been working on a new, important and demanding project: a system of “intelligent” sliding doors that move on a single track both on the floor and ceiling. This new flush sliding door system, Smart Motion, will not be restricted to single or double paneled sliding doors, it can incorporate three, four, six or even more sliding panels.

With a very clean and rigorous design – the structure is completely flush and no drive components are visible either with the doors open or closed – it combines a high level of engineering with impeccable aesthetics. The prototype is now being finished in the Rondal facility; it has eight curved glass panels that open and close in different positions.

There are several working modes and the doors can be opened in different positions: the system can be controlled by buttons, from a smart phone and by infrared sensors that can predict the precise point where a person is about to enter and also recognise the size of the opening needed.

It is a versatile system that can also be used as a windbreaker or a mobile wall inside a yacht (Rondal is also considering offering this system to the house-building sector). Smart Motion is a system that aims to transform the transition between interiors and exteriors, almost cancelling it.

The eight panels of the prototype move along a track that has two slots at its ends. When the open command is given or when a person approaches the door system the panels slide along the track moving and “parking” the panels in the two slots so as to create the opening required. Weather-tightness is ensured by a labyrinth-drainage system and wave barrier eliminating any use of air seals.

Arriving at this concept, which is a small revolution on board yachts, was a demanding R&D process and above all used an interesting method. More than a year ago Rondal decided it was time to launch an extremely new, breakthrough product on the market. To do so it decided to try out a particular and very ambitious approach: it formed a completely new design team which, most importantly, came from outside the world of yachting and superyachts. The team was asked to think of a new concept, completely different from those already on the market, and was given carte blanche, the only input was that the idea had to be innovative. A year later, the team shared its ideas with a group of Rondal designers used to the yachting market and its technical and style problems. This led to an exchange of ideas and finally to the project and the production of this prototype that will be used as show case for customer. The first actual smart motion flush sliding door is being designed, engineered & produced for a Royal Huisman sailing yacht.

It Is possible to customise the complete door systems with made-to-measure profiles and glass, with different shapes and designs (straight or curved), differing numbers of panels and panels of different sizes in the same door system.

The latest products from Rondal

Looking at Rondal’s 2016/2017 production, in addition to developing the Smart Motion system, Rondal has recently delivered two masts and booms to Baltic Yachts (for its new 175 foot sloop) and to Royal Huisman (for the 58 m Ngoni launched in March 2017). The new Royal Huisman 81 m (which will be the largest sailing yacht in aluminium) will also have from Rondal three composite masts and booms, a sliding door with four opening panels, a companionway entrance, a large package of aluminium flush deck hatches, a large composite tender hatch of about 8.5 x 3.5 m and a composite rudder blade of more than 10 m². Rondal is producing, for a 79 m by the CRN yard, two sliding windows and 10 sliding doors, one with four panels measuring a full 6 m wide clear opening, a job that follows that done for the same yard on Atlante, for which Rondal produced sliding doors. Being produced for the Finnish yard Baltic Yachts are two carbon rudder blades, several winches & feeders, a sliding door, two sliding windows and an alternative entrance and for a Dutch motor yacht two composite mooring hatches measuring more than six metres square each.