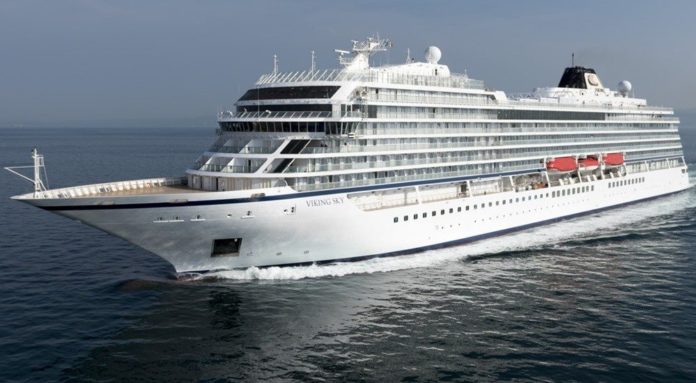 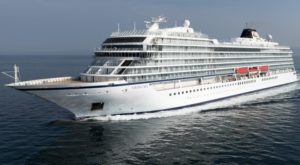 Viking Jupiter, the sixth ocean cruise ship which Fincantieri is building for Viking, was floated out on May 10th at the shipyard in Ancona. Interior fittings will now begin, leading the vessel to its delivery, scheduled in 2019.

The float out was introduced by the traditional and well-wishing “coin ceremony”, consisting, according to an ancient maritime tradition, in welding a silver dollar on the top deck of the ship. Godmother of the ceremony was Sissel Kyrkjebø, the accomplished Norwegian singer.

The ceremony was attended for the shipowner by Torstein Hagen, Chairman of Viking, while Fincantieri was represented by Giovanni Stecconi, director of the shipyard.

The unit will be placed in the small cruise ship segment. As its sister ships, it will have a gross tonnage of about 47,800 tons, 465 cabins with accommodation for 930 passengers.

The Viking units are all built according to the latest navigation regulations and equipped with the most modern safety systems, including the “Safe return to port”. Furthermore, they feature the most advanced technologies for energy saving and for meeting the strictest environmental regulations with energy-efficient engines and an exhaust gas cleaning system.

The first of the series, “Viking Star”, has been built at the shipyard in Marghera and delivered in 2015. The other units, “Viking Sea”, “Viking Sky” and “Viking Sun”, which joined the shipowner’s fleet in 2016 and 2017, were all built at the Ancona yard, as the fifth ship, “Viking Orion”, which will be completed within the next few weeks. Other 10 units, including the one launched today, will take to the sea from the Group’s Italian yards between 2019 and 2027, while recently Fincantieri’s subsidiary, VARD, signed a letter of intent for the design and construction of two special cruise vessels to be built in its Norwegian yards, thus witnessing the bond of trust between the Fincantieri Group and the shipowner.

Fincantieri has built 82 cruise ships from 1990 to today (59 from 2002), while other 44 are currently being designed or built in the Group’s yards.