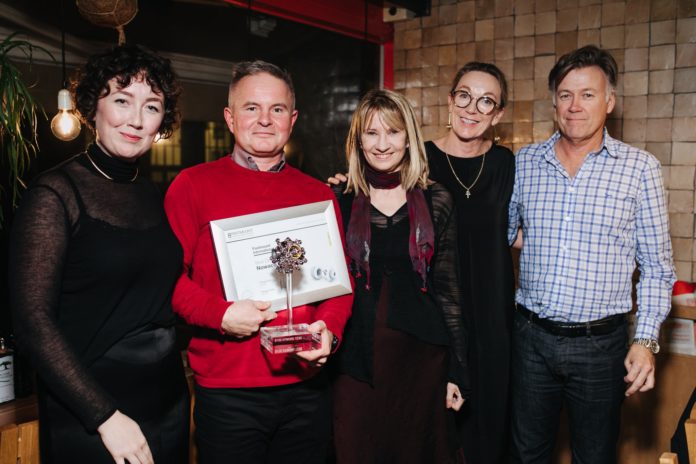 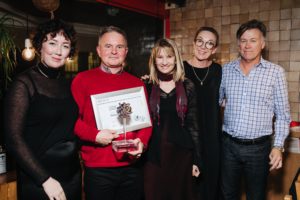 The awards evening is held every year during METSTRADE and brings together Fastmount’s network of 32 distributors from around the globe.

Presented by Managing Director Gregg Kelly, the highlight award of the night was presented to Domarine from France for Best Distributor. The award recognizes a company’s commitment to Fastmount in general business, sales and communication. “Having been with us for seven years, Domarine has helped to take Fastmount to the next level in both the marine and architectural sectors,” remarked Gregg.

The award for Best Growth was presented by Director Maggie Kelly to Nowacore from Poland, who showed 62% growth on 2017 clip sales. “Nowacore has delivered outstanding results and growth in his market, driven by Pawel’s huge energy. We are proud to have them represent us in Poland,” said Maggie.

The final award, presented by Marketing Manager Maxine Kelly, Best Promotion was presented to Dynamic Supply Systems from South Africa [absent]. “As we have grown, how we are seen in different markets has become ever more important. DSS has done an impressive job in representing Fastmount in South Africa since joining us,” Maxine said.

Fastmount attended the final day at METSTRADE at stand #02.224 with the TC-F6H, which received a Special Mention at the DAME – Design Awards.