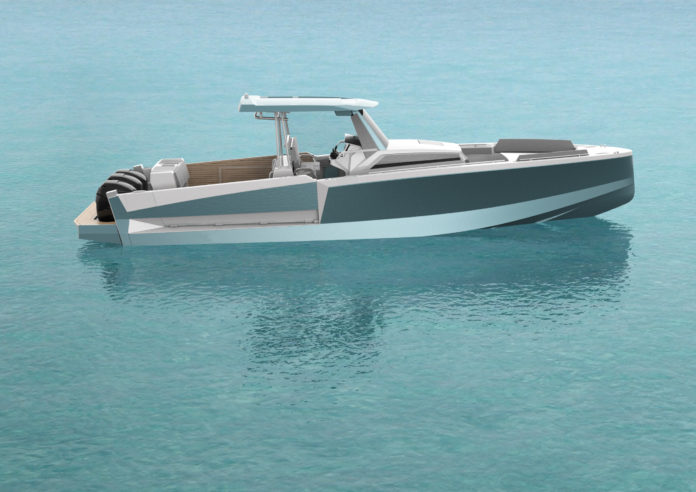 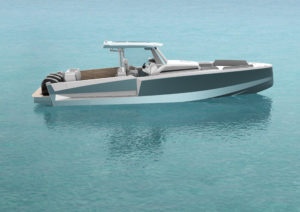 H3O Yacht Design signs the first model of the new US brand, Seacreatures Boat Manufacturing, based in Miami with a made in Italy heart.

The Kraken 36, designed and developed by the Milanese firm H3O Yacht Design has made versatility into its strongest feature. A versatility which becomes visible already in the deck design: a typically walkaround layout obtained thanks to the more contained deckhouse, which makes it easier to move around on board and ensures full liveability both fore and aft. Precisely on its aft sections, the Kraken 36 can offer much more space compared to a conventional express cruiser: thanks to the user-friendly system of the openable topsides, the cockpit can double its surface area in just a few moments, going from 11.5 square metres to 17.5 square metres. The project is based on a star-shaped hull, with the vertical part of the bow above the waterline, a strongly marked wheel, and a V that maintains a significant angle for the entire length of the quickwork, ending aft with a 20.50 deadrise. The almost race-like features of its waterlines are further enhanced by the presence of redan steps, which ventilate the hull and favour the vessel’s glide on the water. These features in fact perfectly match the generous power reserve ensured by the motorisation, which offers as many as three outboard engines with up to 400HP each. Currently under construction in Italy, the Kraken 36 will be exhibited on world preview during the next Miami Boat Show in February 2020.

The steering position on the Kraken 36 is protected by a hard top, which runs into the windshield, while below deck the boat offers a spacious cabin in the centre with two metres to the ceiling, equipped with dinette, separate bathroom, and double bed built into the V at bow.