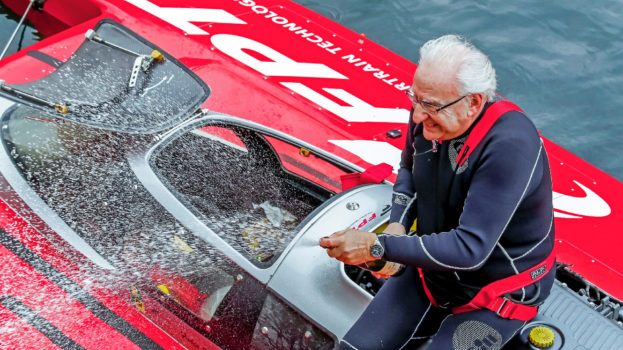 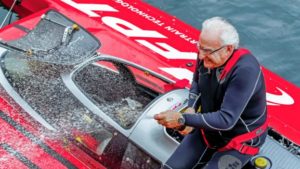 Leading Italian motorboat designer and pilot Fabio Buzzi was killed on September 17 while attempting the Montecarlo-Venice speed record. He was 76.

The 20m boat, which had left Montecarlo on the morning of the 16th, crashed in the dark into an artificial dam close to the finish line in Venice, killing Buzzi and two British pilots on board. Another Italian pilot was seriously injured.

Born in Lecco in 1943, Buzzi began powerboat racing in 1960. He graduated in mechanical engineering at Turin Polytechnic in 1971 and in the same year founded FB Design, initially focusing on building racing boats. His first racing boat, a three-point hydroplane built in 1974, was the first boat ever built in Kevlar 49. FB Design boats went on to win 52 world championships and set 40 world speed records.

The high performance Seatek diesel engine he designed in 1986 made him Italian, European and World Champion in 1988 in the Open class. With it he set a new diesel speed record of 252 km/h in 1992.