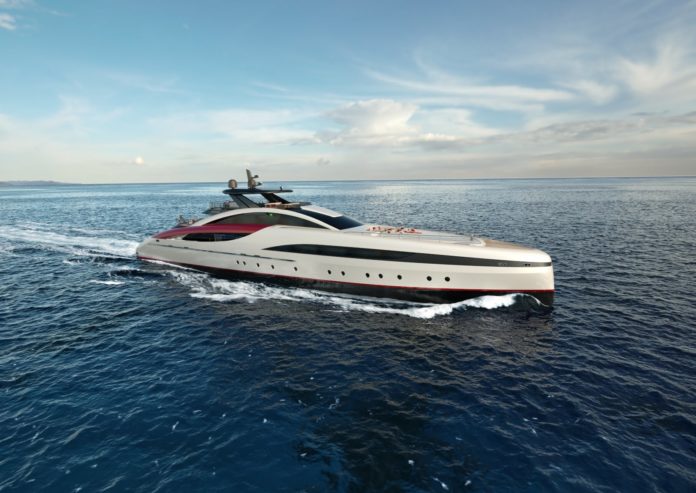 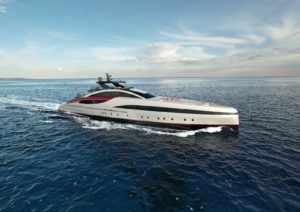 In 2016 the MATERIA srl group was founded. The idea sprang from the meeting of three designers: Giorgio Vecchio (who had earlier founded the modelling, rendering and 3-D animation studio Absolute 2001), Riccardo Suriano and Edoardo Roccatagliata.

Vecchio founded his studio in 2003, he was an industrial surveyor, graduating in nautical and naval design from the faculty of architecture of Genoa University. Riccardo Suriano obtained the same degree from the same faculty, while Edoardo studied industrial design.

The three met and began working together. Time passed, and the professional link between the three strengthened, creating the right synergy.

From there came the idea of creating a group of several people: trusted professionals, specialising in different fields with different ages and cultural backgrounds. And so MATERIA srl was formed.

“We are seven partners, because we believe you get nowhere working alone today, you must not be jealous, you need to be open to innovation and collaboration, only in this way can you form a winning team,” says Riccardo.

The group supplies several services for architectural and industrial design but above all pays particular attention to yacht design.

Several designers and yards (from Italy elsewhere) have looked to them to see their projects in augmented (virtual) reality so as to publish them in digital videos or static renderings. Thanks to the great abilities of Riccardo Suriano, Giorgio Vecchio and their partners in the 3-D sector, it is possible for yards and designers to study projects in detail and have a good idea of how the vessel will turn out before it’s even built. The simulation is in such high resolution that it’s difficult to understand when you are looking at a digital rendering and when it’s a photograph. Thanks to the very high quality of both images and modelling, it is possible for the designers and yards to carry out the tests needed to study movements on board or take important decisions regarding the design of the future yacht. Digital modelling, video and augmented reality through 3-D visualisers and all the other services offered by MATERIA srl-ABSOLUTE 2001 give the support needed in the design process to produce the best project. But this is not all, for digital images and video can be a valid help when advertising the product before it is actually been manufactured.

MATERIA srl has recently added an important sector that stands out among its various services. It is now offering the possibility to provide prototyping services. Using 3-D modelling it is possible to print full size or to scale prototypes of vessel components or entire vessels to check whether the various components fit together or to have a scale model of the boat itself that represents every detail. The model can also be automated with domotics with lights that switch on, doors and moving parts that operate, any element that can recreate reality to perfection.

Often the models produced by the MATERIA srl studio are displayed by the various yards and designers at boat shows all over the world.

The importance of prototyping is also linked to the fact that the components or elements printed in 3-D can become elements that can be installed directly on the boat, can be used directly as finished elements.

Some elements printed in 3-D have been directly installed on board with excellent results, and in this way designers can directly test how well the component they have designed works.

The strategy and aim of the group is to be able to offer systematically the different advantages of a powerful team. Each of the seven partners brings to the group added value and the unique quality and these, together, give strength to the team without tiring it.

The Yacht SeaFalcon, created in 2015 to mark 100 years of excellence from Cantieri Navali Campanella, later bought by Mondomarine. This yacht is one of the latest complete interventions MATERIA srl has carried out for a megayacht.

To celebrate the anniversary a Sport Yacht with great formal content was chosen where Luiz De Basto, a designer of Brazilian origin who since 1990 has lived and worked in Miami, concentrated on elegance and the concept of movement, while maintaining maximum functionality and simplicity. The yacht has a hull and superstructure with a long black band that hides windows and portholes almost in contrast. There are then another two distinctive signs: the two arches that define the upper deck and the sun deck (upper arch) and the lower one, in red, that opens on the level of the main deck.

A very interesting and personal design, typical of the designer who always aims for compactness, linearity and an organic approach in a captivating and dynamic design. Thanks to the particular hole, it will be able to reach a top speed of between 22 and 27 kn. The SeaFalcon has two MTU 16V 4000 M73L engines, each of which produces 2880 kW. In addition to the considerable interior and exterior space, the stern of the boat can literally open up to provide a roomy and comfortable sunbathing area. The interiors have large, uncluttered and linear spaces with sober but elegant materials. There is plenty of detail and it gives a sensation of complete harmony among the various elements.

This was a great challenge for the MATERIA srl studio. The work started with complete remodelling in 3-D followed by definition of the static images and then the video complete with music.

The attention to detail than the desire to create everything to perfection made the study of the model a project of the project. Everything was then assembled respecting the real movements of the vessel and the lighting system; everything is handled by domotics through a dedicated app. The result was a model that was literally identical to the real thing. The video was made starting from the 3-D model, studying every scene. The scenes were then edited in postproduction with true direction. The music to has a fundamental role because it transmits emotion, so the music becomes an element of the project, the vessel moves in time with the music in perfect coordination.

The aim of Materia srl is to create a motion, to shakeup the minds of those who look at what they have done and make them desire the yacht they are describing with the various means they have available.