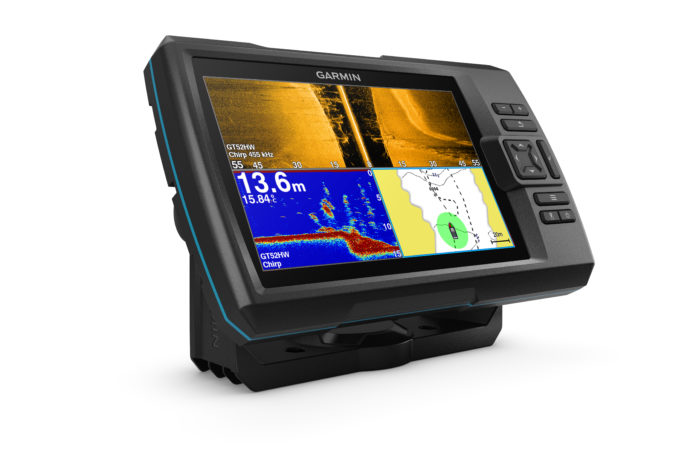 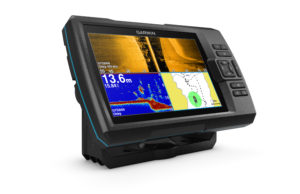 Garmin has announced the STRIKER Plus series – proven fishfinders with industry-leading sonar that are packed with new features to help anglers find and catch more fish, yet easy as ever to use.

“The new STRIKER Plus series has the features that will bring the benefit of built-in GPS, Quickdraw™ Contours and Wi-Fi® to first-time users, and will convince existing STRIKER customers to upgrade,” said Dan Bartel, Garmin vice president global consumer sales. “These new fishfinders are the perfect entry-level solution for anglers who want the best sonar available plus the ability to create and store their own contour maps.”

Like the first-gen STRIKER series, the STRIKER Plus offers built-in CHIRP traditional sonar and CHIRP ClearVü and SideVü scanning sonar technology. In addition to crystal clear fish arches and remarkable target separation with CHIRP sonar, Garmin ClearVü shows a nearly photographic wide image of what passes below the boat, while SideVü gives anglers a crisp, clear view of what lies off to each side of the boat, including structure, submerged objects and fish.

Nobody knows the waters better than the anglers that fish them, and now STRIKER Plus users can create HD fishing maps of the places they’ve been. Thanks to the built-in Quickdraw Contours mapping software, it’s easy to create and store up to 2 million acres of maps with 1-foot contours. Once the feature is turned on, users will instantly see contours with labels generated right on the screen as the boat moves – there’s no waiting around or sending the files to Garmin. The results are quick and accurate and can be viewed in real-time, or created in the background for use at a later time. For the most comprehensive coverage, Quickdraw Contours clearly shows where usable depth information has been collected and where gaps exist, so users can easily see what still needs to be collected.

With the addition of built-in Wi-Fi1, users can take advantage of the free all-in-one Garmin ActiveCaptain™ mobile app that creates a simple yet powerful connection between a compatible mobile device and a STRIKER Plus unit. Thanks to ActiveCaptain, waypoints and routes can be transferred directly to a STRIKER Plus unit making it easier than ever for anglers to pre-fish a body of water. Smart notifications are also delivered right on the screen as well as over-the-are software updates so users will always have access to the latest feature improvements from Garmin before heading out for the day. ActiveCaptain also makes it possible to quickly and easily access the Quickdraw Contours Community to share or download new user-collected data.

The Plus series comes standard with a built-in high-sensitivity GPS receiver, so fishermen have the ability to not only see fish and structure below the boat, but also to quickly and easily mark favourite fishing spots and other areas of interest like brush piles, stumps and docks, and get back to them. When trolling, the high-sensitivity GPS provides an update once per second, giving fishermen the precision needed to dial in the exact trolling speed and optimize lure presentation. Users can also share waypoint data across multiple STRIKER Plus units, as well as the new ECHOMAP Plus series devices.

Available with a 5- or 7-inch display, the Plus series also adds a larger 4.3- and 9-inch model to the line-up, all with bright, sunlight readable colour displays. With a rugged design and keyed interface that’s built to withstand the harsh marine environment, the STRIKER Plus series comes with everything anglers need – including transom- and trolling-motor transducer and mounting hardware – to make getting on the water fast and easy. The six new models offer flexible mounting so the devices can be tilted for an optimum-viewing angle. An optional flush-mount kit is available for in-dash installation. Additionally, the STRIKER Plus series is compatible with a wide-range of optional Garmin scanning transducers to customize sonar performance and installation options.

The new STRIKER Plus fishfinders will be available in Q4 2017 with suggested retail prices ranging from £169.99 to £629.99. For more information, visit www.garmin.com/newmarine.