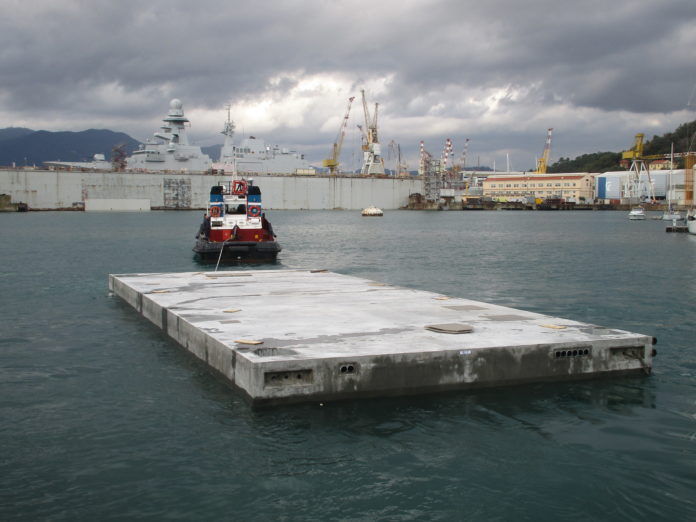 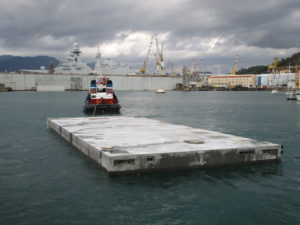 In 2018 again, floating structures made in Italy by Ingemar Group will play the leading role in the coastal development of many emerging countries.

The results of the past year confirmed the positive trend of the last few years and recorded a marked growth in its presence abroad, resulting from the ever-increasing and widespread commercial network. In 2017 Ingemar Group acquired important international contracts for pleasure boat ports and shipbuilding companies in Croatia (Marina di Novi Vinodolski), Malta (Valletta for Azimuth-Benetti) and Corsica (Marina di Santa Manza for Porto Vecchio Marine).

Furthermore, the Group’s continuous investments in R & D resulted in the new rigid connection systems between easily transportable modular elements and the new solutions for the anchorage and connections. This, in turn, makes easier the logistics of the handling of the bulkiest items and their subsequent assembly in water, considerably simplifying and reducing the costs of the entire process.

The very modularity of the floating components and the ease of their assembly contributed to the creation of the brand new and already award-winning Marina di Capo d’Orlando, flagship of the Sicilian offer for quality berths in the Mediterranean. With the total surface of 183.000 sqm, the port is able to accommodate 562 boats of length between 8 and 40m.

In other cases, a different approach to the size of the works has been applied. Using a solution previously tested in Kuwait, the problem of handling extra-large items was solved by producing them directly in the vicinity of the installation site. In La Spezia, for example, reinforced concrete slabs of 20x10x2.4m floating breakwater elements are being built. Once installed, they will constitute the protection of a new floating port to operational this summer. Such dimensions and displacement (185 tons) have never been achieved in a serial production at an international level.

In addition to projects on the national territory and in the Mediterranean, 2018 will see the Group still strongly committed to emerging markets in the Middle East. It is especially important that quality Made in Italy is highly appreciated there.

“It has been a year of great challenges, with stimulating projects, original achievements and acquisition of new skills – observes Lorenzo Isalberti, the President of the Group – In this fast-changing world our proposals must anticipate the needs of our customers. We must innovate or simply improve the existing design. At the moment, the new assignments in Italy and abroad and the recognition and prise we frequently receive, give us high expectations for this new year that will mark the milestone of our first 40 years of activity.”