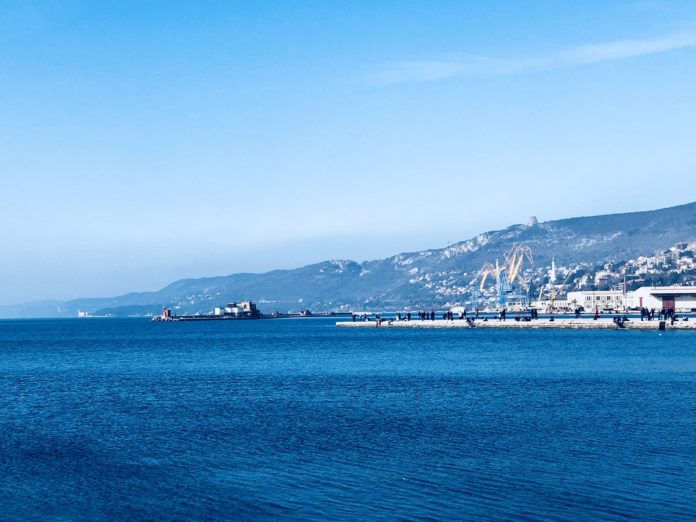 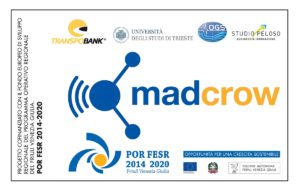 Monitoring in a marine environment is slow and very costly, circumscribed in space and time but above all focused on specific problems or areas and often limited to these. The MaDCrow – marine data crowdsourcing – research project proposes a new and more efficient sampling paradigm, based on the creation of an innovative infrastructure for collection, integration and dissemination of marine data based on crowdsourcing.

The sea and bodies of water cover 70% of our planet, yet they remain mostly unknown, though it is clear that about half of the serious incidents in these environments is linked to our lack of knowledge of them. To evaluate the dynamics of these systems we need large quantities of data, and this means working outside traditional data collection practices.
The MaDCrow project proposes the creation of an infrastructure for the collection, integration and dissemination of marine data based on a crowdsourcing approach. The end objective of the project is to create an infrastructure for monitoring physical, chemical and biological parameters of the sea and bodies of water that will permit the collection of huge quantities of environmental data at costs much lower than those of traditional methods, as well as reducing the environmental impact of these activities and maximising the value of what can be acquired from vessels in navigation and using green technologies.

MaDCrow – Marine Data Crowdsourcing – is a research and development project in Maritime Technologies, co-financed by the European Fund for Regional Development.

The working group is made up of private companies and public research centres in Friuli Venezia Giulia: Transpobank s.r.l., project leader, is flanked by the National Institute of Oceanography and Experimental Geophysics, by the Operational Research Group of the Department of Engineering and Architecture of the University of Trieste and by dallo Studio Peloso & associati di Tavagnacco, in the province of Udine. The project has a duration of two years and is currently in progress. The activities of the partners will conclude at the end of 2018, with full operation of the system and displaying the results in a public event.

As mentioned, scientific monitoring, as well as being very expensive, is based on planning that aims to solve specific problems, takes time and it remains tied to the objective for which the data were acquired. The idea of using crowdsourcing to acquire data from a very broad ecosystem is thus absolutely innovative and can lead to the availability of a huge amount of data at very reduced cost. All stakeholders in the sea and scientific research generally could benefit in many ways. In addition, there is the change in perspective that such an approach can create in terms of public environmental awareness, since it will be the citizens themselves who acquire, but also use the data, thus becoming true Citizen-Scientists. In addition, the data could be used in the future for applications in other specific fields and for the development of business models that could create jobs in various related sectors.

The idea of the Citizen-Scientist is an innovative approach that is spreading rapidly in various research sectors, since it can count on a quantity of contributors and drastically reduce the costs of data acquisition, at the same time creating participation and awareness among the public of environmental and safety problems. The project intends the data to be acquired by special instruments, designed and made to be easily usable by anyone, installed on boats belonging to private individuals, in addition to vessels already used for monitoring the waters, but also on the vessels of stakeholders interested in the data collected. The data, including temperature, salinity, pH and other parameters, will be collected in a cloud-based architecture, crunched in decision-making support systems and made available to everyone in an open way compatible with other existing national and international systems for data sharing, respecting what is laid down by European directives on national regulations on earth data. They will be used through web applications designed for various ends, for example: environmental monitoring, territorial planning, fishing, recreational bathing. There will be mobile applications for using and sharing data on a social web oriented platform, for both professional operators in general users.

The replicability and scalability of the project makes it possible to construct an infrastructure that can monitor the state of water basins of various sizes. Punctual and in-depth knowledge of marine data, together with decision making support systems, can be useful to all activities connected with the sea: just think that more than 2/5 of European Union citizens live on the coast and maritime activities provide work for 5.4 million people with an estimated turnover of € 330-485 billion.

Advantages of the project

Currently the economic damage caused by sea pollution is enormous: the European commission estimates the annual cost of cleaning beaches at €630 million and the potential loss of a further €60 million for the fishing industry. This figure is a tiny portion of the real costs, since it is not possible to quantify the impact on many sectors, such as yachting, cleaning ports etc. An active monitoring network, together with an awareness campaign and one to involve citizens, could certainly be an excellent way of fighting the pollution of water basins and reducing the economic and social damage it causes. With MaDCrow, data are required by volunteers and public and private institutions with their ships and yachts; the network of sensors that will be created considerably reduces the costs of gathering samples to monitor the waters. Considering that the cost of a research vessel is about €15,000 a day, excluding the costs of personnel and researchers, setting up an alternative data gathering network, like that proposed by MaDCrow, can decrease the number of days needed to gather marine data and at the same time optimise the roots of research vessels. The aim of the project is to develop a platform that can involve an adequate number of users on the principle of “information sharing” to create a completely new and very fast communication channel and permit the exchange in real-time of ideas, news, reports and opinions by the users.
The reduction of measurement acquisition costs expected is more than 50% in areas well frequented by boats equipped with the packet of sensors created by the collaboration of the partners, but will in any case be more than 20% even in areas not directly covered, since the data acquisition and processing infrastructure is already operational and ready to display and use the results.

Conceptually MaDCrow it’s about bringing about a radical change in the paradigms of water monitoring systems introducing new players: first using a fleet of pilot vessels, followed by as many boats as possible to monitor the state of health of the Seas, creating an architecture that is scalable and easy to replicate in other basins. The Citizen-Scientist approach finds its maximum expression in the possibility of sharing data, experience and knowledge of the marine environment in very close connection with the territory in which platform users (institutions, private individuals, researchers and specialists) live or work. Potentially, the platform aims to become a virtual meeting point and a new channel of communication that can be used both for scientific publishing and for managing information on the marine environment (tourism, sharing environmental policies, safety etc.). The approach described has led to the formation of an “informed environmental conscience”, oriented to monitoring, to evaluating the state of the environment and the involvement of citizens in policies for safeguarding the territory.