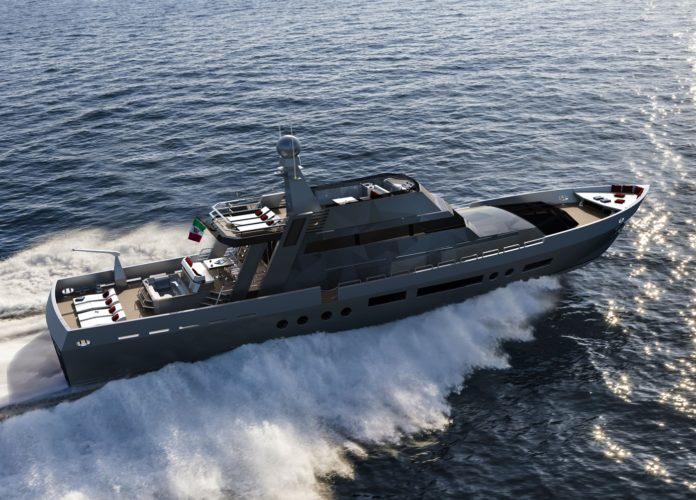 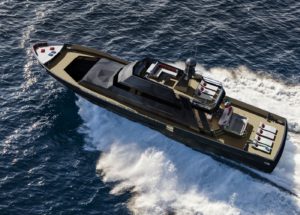 Starting from the year 2000, the number of vessels decommissioned or close to decommissioning has reached a level that forces a reflection on the possibility of reusing or refitting. The new millennium has progressively introduced new procedures no longer aimed simply at new builds, but oriented also towards the existing fleet.

In this perspective, there are basically two approaches, restoration and refitting. These methods helps to improve the fleet in terms of sustainability, because on the one hand it lessens or postpones the problem of decommissioning, and on the other lengthens the life-cycle of vessels. Today, restoration and refitting are spreading in the sector with unexpected speed, to the point of accounting for 29% of the subsectors of the yachting industry (cf Yachting in figures – market analysis 2016, Ucina). Classic boats, work boats or those with particular characteristics are enjoying huge success and owning one is becoming a fashion. Vessels that can aspire to refitting or restoration are often found abandoned in yards or marinas, and they are interesting for their shapes, history or potential.

Refitting makes it possible to intervene and operate on existing vessels, not necessarily classic ones, but also those from a more recent past or even contemporary; it makes it possible to redesign interiors and exteriors, completely or partially according to requirements. Unlike restoration, it need not necessarily take account of the historical value of the vessel or the former fitting out, and may even overturn it. Refitting is based on extreme freedom of intervention, except for regulatory or technical limitations, and permits a remarkable degree of customisation and good cost savings.
Boats are too often underexploited compared with their potential, and so the term “reused” acquires importance, and vessels dismissed up to a few years ago was old, obsolete or out of fashion can hope for a second life.

This concept led to the project for the refitting and return to work of Genna, a patrol vessel known among the Italian Customs and Excise and the subject of a degree thesis in naval and nautical design at the G. Marconi University Centre in La Spezia, supervisor Prof Mario Ivan Zignego, co-supervisor engineer Gianfranco De Casa.

From a military vessel to a private yacht, the ship will change category and be certified and classified in the Naval register as a pleasure vessel. “Pandora”, as the vessel was originally called, was built in 1980 in the American state of Louisiana by the Swiftship yard, which specialised in building middle sized military vessels. She was built as a fast military vessel, but in the same year was bought by smugglers who sailed her from America to Italy to use for cigarette smuggling. The interiors were bare, below decks were to cabins on the starboard side with three bunk beds each, heads and the remaining space was used for loading cartons of cigarettes. The boat was very seaworthy and was very fast, reaching 40 kn even with a cargo of 10 tonnes of cigarettes. After a series of difficult and risky pursuits, the Palermo Customs and Excise managed to capture her in 1982 between Tunisia and Sicily. A pistol shot was fired at the helm and the ship was forced to heave to.

From 1984 when she became a ship of the Italian Customs and Excise, her name was changed to “Genna”, the interiors were modified to bring crew numbers from 7 to 13 and the engines were replaced. The ship carried out several operations, including the capture of the motorboat Monica, 80 miles south of Cape Passero, an event that was immediately talked about in the media all over the world.
Currently the vessel has ended her operational life and has been abandoned; the aim of the project is thus to bring her back to a new life, refitting a boat that has had an important and captivating history. Despite the limited space, the project has been developed to offer the same environments and the same comfort that 30 m motor yachts offer today.

The project was carried out with the greatest awareness of what the vessel had experienced and represented. Despite the change of usage, the look of the boat has remained almost the same. The exteriors have been modified to adapt to military vessel to the requirements of leisure use. The hull and superstructure remain unchanged, and starting from the lines of the original the gunwale has been redesigned and a flybridge added following the lines of the profile, strengthening the ceiling of the main deck, currently Justin sheet metal, to house the new deck.

The size of the engine room has been reduced with the installation of two V-Drive engines (originally they were in line), thus making room for the guest cabins. To increase headroom in the lower deck, the existing main deck has been lengthened towards the stern. For the same reason, the bow superstructure has been lengthened with the addition of different material. Military vessels generally have few portholes or even none; to give adequate natural lighting in the interiors, windows had to be cut in the hull and superstructure in shapes that integrated well with the exterior lines. As for the interiors, it was decided to take the vessel back to the period in which she was built. The design had to offer impeccable aesthetics, be fun and not take itself too seriously. Bright colours and extrovert and brightly coloured design, aimed at completely outdoing the past, characterised this period that was creative to excess.