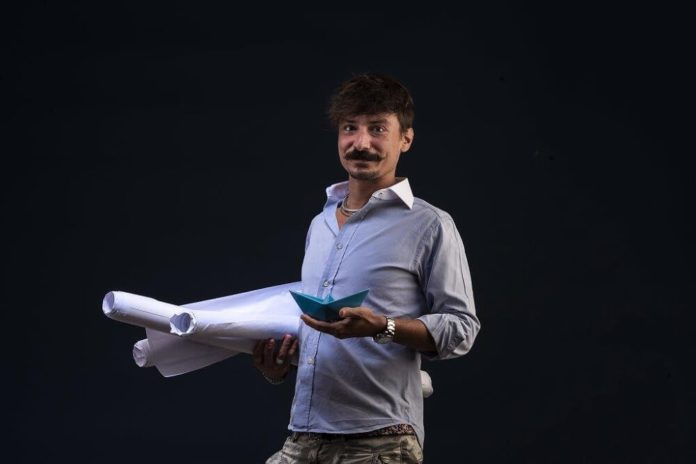 It is a fascinating journey into the world of nautical design, showing how an initial sketch can give rise to a project that is complex and comprehensive in every detail. This is the new video of Marino Alfani, an established designer who has worked with shipyards such as Portofino Marine, Icon Craft, Rio Yachts, Rose Island, Dariel Yacht, Castoldi Jet Tender, Imago Yacht, I.C. Yacht, Cantieri Estensi and Abate Primatist. Among the most significant boats that bear his signature are the Granturismo 60, the flagship of the Rio Yachts shipyard, and an original 100 footer that will be launched soon, designed for the Brazilian shipyard Sedna Yachts.

As you can see in the video just launched, Marino Alfani always starts from a hand-drawn design, so much so that he likes to call himself “old-fashioned”; in fact, among his working tools he will never give up his drafting machine, from which modern and cutting edge yachts of different sizes and types have come to life, designed to meet the needs of shipowners and sailors from all over the world.

After graduating in Industrial Design at the Politecnico di Milano, a master’s degree in yacht design and experience at the Officina Italiana Design, Alfani founded the Marino Alfani Design study in Bergamo. He has achieved success among the well-known names of the boating industry to set up his own niche market, collaborating with Italian and foreign shipyards, particularly in South America (especially Brazil) and the United States. Since 2016, he has also been an external speaker for university theses at IAAD, the Institute of Applied Art and Design in Turin, while he has also been collaborating with the Andrea Fantoni School of Applied Art in Bergamo, where he has held several workshops on nautical design.

Among the most important awards received by Alfani are the MYDA – Millenium Yacht Design Award, granted in 2010 for the project Dlimo and then again, two years later, for the project Hospital Boat, which gained a large media following. Also, in 2012, thanks to the project Rio Espera 34, the Industrial Design Association nominated him for the Compasso d’Oro. In 2017, the designer also received a nomination for the European Power Boat of the Year, for the Rio Colorado 44, and a nomination for the Yacht Trophies Award, for the Rio 60 GC. In 2018, thanks to the Rio Spider 40 project, he was once again nominated for the European Power Boat of the Year