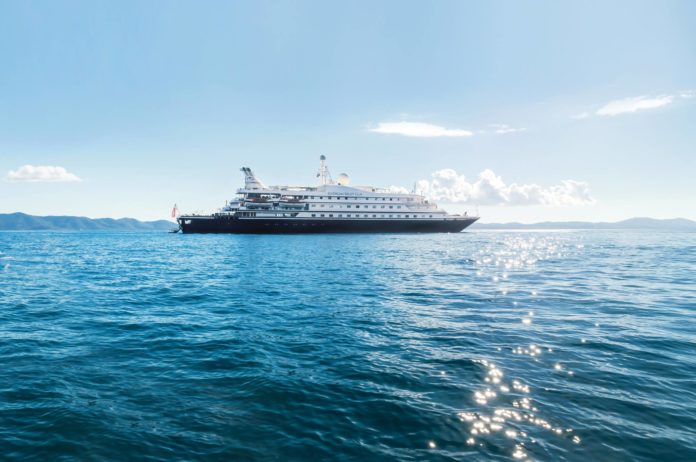 The Norwegian cruise line SeaDream has received a grant for USD $1.8 million for the for the development of its hybrid mega-yacht SeaDream Innovation by Enova, an organization owned by the Norwegian Ministry of Climate and Environment that is responsible for the promotion of environmentally friendly production and consumption of energy. Enova strongly supports SeaDream and this new mega-yacht given its creative and sustainability-focused approach to energy and climate technology.

“We are extremely grateful that Enova supports our environmental efforts. Without this solid support from Enova, this would not have been possible,” said Atle Brynestad, owner of SeaDream. “We are proud to contribute to the cruise industry by taking the lead in developing more environmentally friendly vessels that will also sail with the Norwegian flag”.

SeaDream Innovation will be equipped with a large battery pack of approximately 4 MWh, which enables sailing silently and without emissions for up to three hours with no disturbance to surrounding wildlife. The hybrid system will reduce local emissions by supporting the diesel generators in “peak shaving mode”, reducing fuel consumption. The yacht will be able to sail to sensitive areas such as the Norwegian fjords and along the ice edge toward the North Pole because of this system. The batteries also bring an added degree of safety, acting as “spinning reserve,” which in the event of a motor shutdown switches instantaneously to the use of batteries without loss of power.

“Batteries have entered the maritime sector, but until now, there has been little experience to show in practice, especially in cruise ships,” said Enova’s CEO Nils Kristian Nakstad. “When it comes to electricity production of surplus heat, land-based industry has shown what is possible, but at sea, such solutions are currently used very little. We depend on more people developing and using these technologies the world needs”.

SeaDream Innovation will also install an “Organic Rankine Cycle” machine that takes waste heat from the engines and converts it to electricity. This can produce up to 150 kW of electrical power, which would otherwise have been wasted energy, and instead reduces fuel consumption and results in lower emissions.

Where available by port, SeaDream Innovation can be plugged into shoreside electrical grids around the world by using a multi-voltage shore connection system reducing local pollution anywhere in the world.

The mega-yacht has four modern diesel engines and a Selective Catalytic Reduction (SCR) system for reducing nitrous oxide (NOx) emissions to the most stringent IMO rules with engines rated to meet the latest and most stringent MARPOL Tier III limits. SeaDream Innovation will be equipped with two podded propulsors providing the highest efficiency and maneuverability. Additionally, SeaDream Innovation will have the high ice class that is designated by PC6.