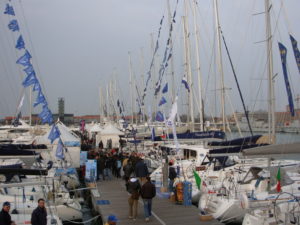 The curtain closes on the Venice Boat Show, with extreme satisfaction of the organizers but especially of those who participated, exhibitors and public. The objectives of the premises, summarized in the claim that animated the week “The Naval Art Back to Home”, were achieved with full satisfaction. The Salone Nautico di Venezia enters in full title in the group of the manifestations dedicated to the nautical one from diporto to visit. And it does so with a new approach, demonstrating a strong cultural vocation, as the place that welcomes it deserves. During the Salone, in the various venues dedicated to conferences, 43 meetings were held in which it was possible to discuss all aspects of navigation: from the environment to sustainability, yacht design, accompanied by 8 exhibitions on the themes of boating, sea and transport.

As Luigi Brugnaro, Mayor of Venice, has declared: “Venice has returned as queen of the seas in the most open cultural sense possible. We have shown our skills in the design and architecture of the building, also recovering traditional activities. In these days Venice has remarried the sea. As a municipal administration we have already financed the Salone for two more years. We do not want this edition to be an impromptu event, indeed the goal we have set is that it becomes a fixed appointment so much that we have already started to collect registrations for the next edition”.

The Venice Boat Show has laid a first stone solid, important, marking a total change of pace and gear with respect to the past of events dedicated to the pleasure that had not managed to get out of the local dimension. The choice of the Ferretti Group to use the Arsenal for the inaugural party of the ship of 50 meters Riva “Race” and for the world premiere presentation to the public of the motoryacht Custom Line 106 are witnesses of a well-placed trust. A response to the needs of the shipyards that have their production units in the Adriatic, to those who sail along the tourist corridor that leads from Venice to Istanbul via Croatia, Montenegro, Albania, Greece. A Salon that will serve to the future of the nautical one from diporto, developing also the topic of the hybrid and electric propulsions.

The Italian diporto nautical represents a great quality sector, that has an addedd value of 11,8 billion of Euro, with a growth of 8,9% between 2015 and 2018. About the employees, this sector involves 17.245 people in building, 105.549 subcotracting for shipyards and boat components, 39.870 for fixing, refit and services, 20.961 in tourism and trade.
This great industrial area needs great events, as Alberto Bozzo, Marketing Director of Vela says: “The enthusiastic response that we collect from both exhibitors and visitors during this edition of Salone Nautico Venezia is extremely positive and gives us the right motivation to raise for the 2020 edition. We reached our objectives and we’re positive that the Salone Nautico Venezia will develop and strengthen: many Italian and international shipyard has already confirmed their presence for the next year with a response beyond expectations”.