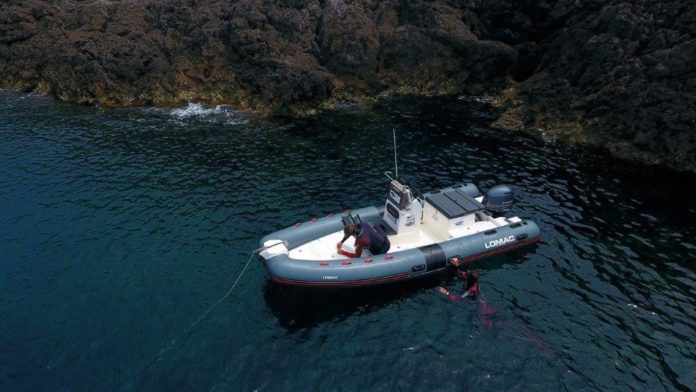 The Nautic – Salon Nautique de Paris, which every year brings together many players in the boating industry and becomes the largest covered harbour in France, will once again host Lomac, a very popular and well-known brand in this area.

The leading company in the manufacturing and marketing of inflatable boats will seize the opportunity in Paris to showcase the 540 IN Spearfishing for the first time during a boat show, after its first launch at the 2019 Eudi Show in Bologna. A model created specifically for spearfishing, the 540 was designed by the Milan-based company for Marco Bardi, one of the few athletes to have made the history of competitive free-diving fishing. After thirteen years in the National Scuba diving team and an impressive list of results, he has embarked on a career as technical director of the Italian National team in two editions of the World Cup.

The 540 IN Spearfishing has therefore been designed as a boat suitable for sport fishing, so it is equipped with several handy and practical compartments that can contain all the equipment needed to practice this sport (such as spearguns and ledgers). It is the perfect vessel for spearfishermen who wish to spend a day with their family, combining leisure and sporting activities.

Alongside this model there will be another ten models, representing the diverse Lomac range. The Gran Turismo 12.0 and the Gran Turismo 10.5 are the models designed primarily for sailing with the family, complemented by several features at anchor. Adrenalina, the range designed for thrill seekers, will be represented by Adrenalina 10.5 (9.07 meters in overall length) and Adrenalina 8.5 (8.49 meters in overall length). There will be four models from the IN range: 850 IN – the flagship of the range which made its world debut in Genoa and is aimed at families yet offers excellent performance – 790 IN, 710 IN, and, finally, 600 IN.

The 430 CLUB is part of the range designed to ensure the highest level of reliability and performance for those who sail for a living, while the 300 LX is part of the group of models created as tenders that are also perfect for small-scale coastal leisure boating or inland waterways.

Lomac will be at the Salon Nautique in Paris from 7 to 12 December at stand A 23.