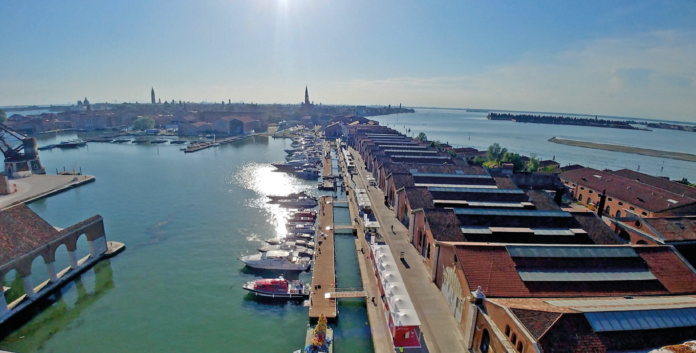 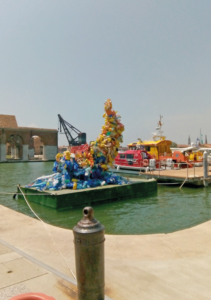 Ritmare is the name of the project that is the pride of the national research programme financed by the Ministry of Instruction, University and Research to help train a new generation of researchers in Europe and the mediterranean, to reinforce skills in the marine sector and to support the national oceanographic fleet.

Under this name, starting in 2012, seven study subprojects have been started in the maritime technologies field, in sustainable fishing, in planning for the coastal sea, the deep sea environment and the open sea, with the creation of observation systems, research, information and publishing structures and infrastructures for observing the marine environment and gathering data.

The Ritmare project: the initiatives

The initiatives in the Ritmare project coordinated by the CNR -Consiglio Nazionale delle Ricerche which has involved the Italian scientific community in these research activities, also with an important representation of private operators in the sector.
The budget assigned to Ritmare is €250 million, with 100 million already earmarked for certain projects. The main projects were presented at the Venice Boat Show 2019, with the participation of CINFAI (Consorzio Interuniversitario Nazionale per la Fisica delle Atmosfere), CoNISMa (Consorzio Nazionale Universitario per le Scienze del Mare), ENEA (Agenzia Nazionale per il Risparmio Energetico), INGV (Istituto Nazionale di Geofisica e Vulcanologia) and ISMAR (Istituto di Scienze Marine). ISMAR, in particular, as part of the Ritmare project has begun in-depth research into the conditions and evolution of the Venetian lagoon, with bathymetric studies to understand its evolution and supply useful data for decision-making. Without doubt the climate changes that are happening will have a major impact on the coasts and maritime contexts of the most populated, but also most fragile and undefended territories, such as the inhabited part of the Venetian lagoon.

Bathymetric studies in the Venetian lagoon 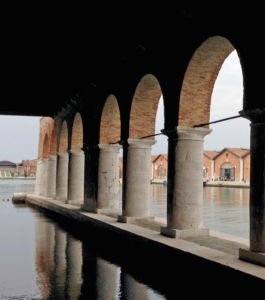 According to studies begun by ISMAR back in 2013, the Venetian lagoon is evolving rapidly. The islands that protect the lagoon from erosion by moderating the effect of tides and waves have been reduced by more than 50% in the past century through natural changes and human intervention, while the central part of the lagoon is getting deeper. It is estimated that from the ports (the channels for accessing the lagoon) each year between 380,000 and 800,000 m³ of sediments flow out, despite the works to reduce the impact of high tides that have yet to be completed. This will lead to many changes in the future, which can be identified only by repeated bathymetric measurements. A precise knowledge of the depth and shape of the lagoon bottom is an indispensable tool for taking the best decisions to protect the territory.

The bathymetric readings were carried out by ISMAR in about six months and involved 27 researchers, technicians, University personnel being trained (PhD, Post-Doc) and the crews of the CNR ships. 2500 km of navigable channels were sailed, giving a total of 57 m² of readings using a multiple beam double-headed and multifrequency system that gives an opening of up to 200° and a coverage of the bottom of up to 8 times the depth of the water.

In addition to bathymetric data, data on the acoustic characteristics of bottom were acquired, and are being processed by Ritmare and international personnel. ISMAR research involved highly accurate bathymetric readings, but taking readings in very shallow water (less than 10m) was a technological frontier that demanded accurate navigation and measurement systems and precise correction for tides. For this job ISMAR asked for collaboration and a sharing of intentions from the Municipality of Venice, the Magistrate of the Waters, the Region and the Province to produce updated and first class information. ISMAR aims to formulate, publish and update an updated Atlas of the lagoon online, in addition to making bathymetric and in-depth information on the lagoon available to all Administrations requesting it. The available data will be useful both for implementing hydrodynamic models and estimates on future sedimentation or deepening, both to carry out long-term evaluations for transport systems and to evaluate the impact of human intervention such as mobile barriers, artificial channels, breakwaters hand dragging on the movement of water and on the habitat, monitoring and foreseeing its state of health and the effects. In addition, the results of the research will be useful for identifying any rubbish tips, for logging submerged archaeological finds and deciding on human intervention. Finally, the work of ISMAR has highlighted solutions and actions that could be followed by the scientific community in other particularly dynamic coastal areas such as the Po delta and other lagoons.

Another project started within Ritmare is project SP3 for planning the coastal sea. The project will identify five test areas (North Adriatic, the gulfs of Taranto, Naples and Oristano and the eastern Ligurian Sea) were research group activities will be located and integrated to study the dynamics of coastal environments in the short and medium term to develop tools to support planning.
To better understand the aim of the research, it must be considered that coastal territory is above all fragile, exposed to the potential risk of damage from events of natural or human origin with more or less catastrophic effects. This is particularly important in a territory such as Italy with its 8500 km of coastline. In addition, coastal areas are essential for the overall balance of sea life, because the amount of organic material produced there is fundamental for maintaining the food chain. About 90% of living marine resources come from coastal waters, though they represent only 0.5% of the total volume of the sea. For this reason, traditional factors such as human pressure, erosion, pollution, excessive exploitation of resources, together with new phenomena such as climate change, the spread of alien species and coastal urbanisation help to accelerate degradation which has spread importantly in the past century and above all, in recent years.

The knowledge made available by the scientific research carried out in the Ritmare project is an essential tool for understanding the current state of the coast, for countering the effects of natural or human damage, for forecasting future events and scenarios and for analysing management options for local and central administrations in decision-making and action to take to protect the coasts.

The researchers integrated the historical data on the dynamics of the land and coastal ecosystems with dedicated studies of waves, currents, sediment movement and other important processes of more recent origin along the coasts. Oceanographic models of the coastal environment have also been used to develop pre-alarms systems for managing coastal risk (e.g. tsunamis) or rapid response methods (in real-time) in the case of events having important effects on the coast such as river floods and wave damage.