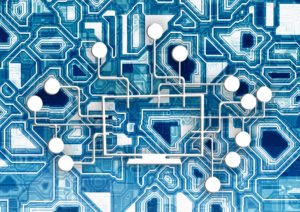 With ing. Alberto amici, founder of Auxilia Electric Propulsion, we give an overview of past and current hydrogen projects in the field of shipping. So far, the projects focused on niche applications whose most prominent examples are pointed out in the following. The Alsterwasser was the first fuel cell ship operating as a tourist boat on the canals of Hamburg and has transported already 50,000 passengers. The submarine class U212A is equipped with a fuel cell for electricity generation while diving and designed to be extremely quiet. The most powerful application that has not been constructed, but only exists as a study, is the SF Breeze, a hydrogen fuel cell powered high-speed passenger ferry for the San Francisco Bay Area with a maximum power of 2.5 MW. All three applications use or are designed to use the Proton Exchange Membrane (PEM) fuel cell (FC) technology.

In the field of forklifts and similar industrial trucks, in Germany solutions with electric motors and fuel cell drives are already market-available from a number of manufacturers and are tested in practice. In the city of Basel in Switzerland, a sweeper with fuel cell drive was tested in a field trial. In addition to a significant reduction in energy consumption, however, problems with practical suitability were also identified.
The prerequisite for operating hydrogen powered vehicles is the availability of hydrogen as fuel, for example in the form of gas stations on the company premises. With increasing numbers of produced units and the consistent suitability for practical use, prices can be expected to drop significantly facilitating a large-scale introduction of these vehicles.

Fuel cell drives have also been developed in the field of local public transportation with buses and private car transport in recent years. Meanwhile, serial production fuel cell drive passenger cars are available on the European market and further models have been announced for the next years from leading car manufactures. By 2030, the European institutions like H2-Mobility aim to initialize up to 400 hydrogen gas stations to enable a significant rise of the fuel cell vehicle share in Europe. The increasing level of activities in the automotive sector can have a positive impact on the use of the technology in shipping. It can be expected that prices for hydrogen as well as components such as storage tanks and energy conversion technologies will drop with the technology being on the rise. Simultaneously, the number of suppliers, the variety of components, as well as their performance and reliability will increase.

The marine sector can also profit from advancements in the hydrogen infrastructure.
Besides making use of similarities with the automotive sector, the marine industry can profit even more from the experience with hydrogen applications in trains. This is because to a certain extent the boundary conditions in the marine and railroad sectors are alike. In both cases, a propulsion power of up to several MW is used. The large number of daily operating hours comes along with long design ranges. Furthermore, both ships and trains are constructed for a lifetime of ten thousands of operating hours. Differences can be seen in the power profile which tends to be more dynamic with trains than with ships. This, however, cannot be generalized since it highly depends on the very specific use cases.

With 93% of the existing atoms and 75% of the mass hydrogen is by far the most abundant element in the universe mostly occurring in the atomic state (H) due to environmental conditions. On earth, because of its reactivity, hydrogen only occurs in bound form. However, hydrogen is rarely found in the molecular form (H2). Instead, it is most common in inorganic hydrides, especially in water (H2O) and in a variety of organic compounds such as hydrocarbons, e.g. alcohols, aldehydes, acids, fats, carbohydrates or proteins. Due to the low atomic mass, hydrogen accounts for only 0.12% of the earth’s mass. With a boiling temperature of -253 °C and a melting temperature of -259.2 °C, hydrogen is an almost permanent gas. Since the critical temperature at -239.96 °C is also extremely low, a pressure increase to support liquefaction (critical pressure 13.1 bar) is only possible to a limited extent.

With the stated ignition and detonation limits, hydrogen can ignite in a wide range of concentrations compared to other fuels. In a combustion process, this would allow extremely lean air/hydrogen mixtures (λ ≈ 10). The difference between the ignition and detonation limits lies in the type of combustion. Deflagration refers to a combustion with subsonic velocity, detonation to a combustion with supersonic velocity. The self-ignition temperature of hydrogen is higher than that of other fuels, but the minimum ignition energy is significantly lower. Hydrogen is a colorless and odorless, non-toxic gas at room temperature. It is extremely light in comparison to air (ρ = 1.29 kg/m³) and volatilizes quickly in air. These are great advantages for hydrogen being used in sensitive ecosystems as many waterways are. Hydrogen evaporates easily and diffuses through a variety of materials due to the small molecule size. This makes the storage and transport of hydrogen quite complex. To cope with this, special steels or diffusion barrier layers have to be used. Furthermore, embrittlement of materials in contact with hydrogen is a significant problem. However, the rapid volatilization in air can also be positive from a safety point of view.