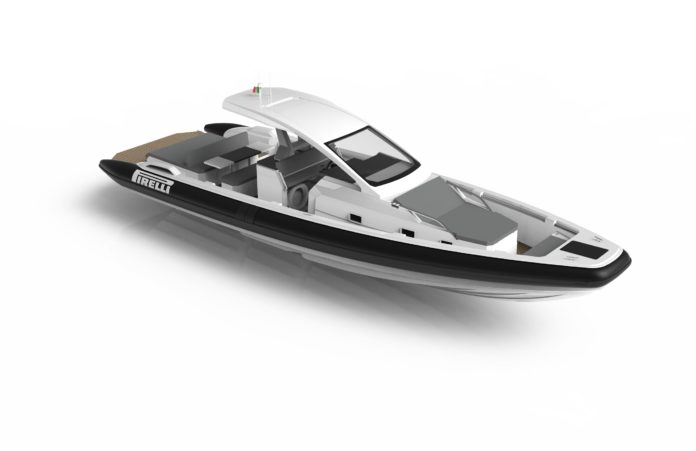 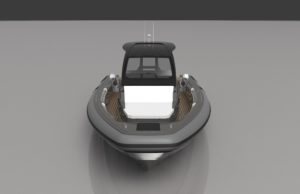 Boot is the location chosen to host the world debut of the PIRELLI 42, a 13.10-meter long walkaround with a sporty look and sophisticated detailing. Tecnorib, the official licensee of PIRELLI brand inflatable boats, will be showing the model designed in partnership with Swedish firm Mannerfelt Design Team, at stand E46, pavilion 5, from January 18 to 26, 2020.

“Boot is a must-visit event on the international yachting scene, as well as being the first Boat Show of the new year, which is why we have chosen it for the world debut of our most eagerly awaited novelty, the PIRELLI 42, which we’ve created for demanding customers in search of sportiness and comfort. It is an unquestionably innovative model that ushers in a range of new concept boats, featuring a spacious deck, a generous beam and walkaround lines”. Said TecnoRib Managing Director Gianni De Bonis about the company’s attendance of Boot in January.

The 2020 Düsseldorf Boat Show will therefore provide the setting for the world debut of the new boat, which was presented as a scale model a few months ago against the exclusive backdrop offered by Portofino. A 13.10-meter walkaround designed in partnership with celebrated Swedish firm Mannerfelt Design Team, the PIRELLI 42 is a versatile craft created for use as both an everyday chase boat or a mid-range cruiser.

Featuring forward and aft sunpads, a day area with an outdoor table, and an underdeck with transforming dinette and bathroom, this walkaround combines performance, comfort and design. With this new model featuring aggressive lines and fine detailing, TecnoRib signs up not only for a boating season that promises to be packed with success, but also for a range renewal underscored by big spaces and a special focus on design.

There will also be a PIRELLI J33 on show at the Linssen Yachts stand. The Dutch shipyard recently began offering PIRELLI | TecnoRib tenders to owners of the brand’s displacement yachts in the 9 to 15 meter range. The models chosen from the broad range produced by the Milan-based Shipyard are J29, S28, S31 e S34.