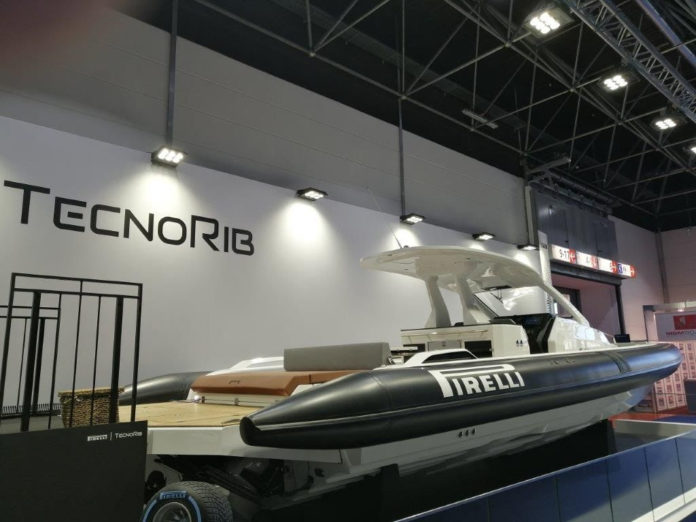 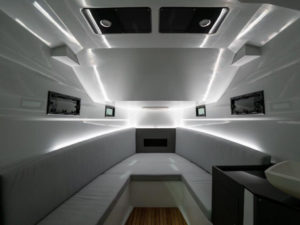 The Italian premiére of PIRELLI 42, the new 13.10 metre walk-around with its bold design and striking details that marks the introduction of a new range for TecnoRib, will be at NauticSud, an important boat show held in Naples from 8 to 16 February and now in its 47th edition.

Tecnorib, the Milano based company and official licensee of PIRELLI brand inflatable boats, will exhibit its most successful models together with Charter Liliano, dealer for the Campania region. Alongside the new PIRELLI 42 designed by Ted Mannerfelt from Swedish studio Mannerfelt Design Team, the PIRELLI J33, the first jet tender manufactured by the company from Rescaldina, the PIRELLI 1400 Sport and the PIRELLI 1100 Cabin will be on display. The J33, 3.3 metres long and also available in the Azimut Special Edition version, is a small and compact jet tender and was presented for the very first time at the Düsseldorf Boot in 2018. The J29, J39 and J45 diesel complete the Jet range. PIRELLI 1400, winner of the Red Dot Awards and also born out of the collaboration between TecnoRib and the Mannerfelt Design Team studio, leader in the design of sports and racing boats and winner of a number of world titles, is a 14-metre sports and high performance rib that is unrivalled for its design and quality materials. The PIRELLI 1100, inspired by the PIRELLI 1400, is an inflatable boat famous for its comfortable cockpit equipped with a standard carbon hardtop, also designed by the Mannerfelt Design Team studio.

TecnoRib’s presence at the Naples boat show once again attests to the brand’s strength and the widespread reach of the company in the Mediterranean region and in Europe, which from this year will expand further following the agreements reached with Krüeger Werf and Mercurio, leading companies in the marine industry in Switzerland and St. Tropez.

Headquartered in Gottlieben, on Lake Constance, Krüeger Werf is a leading and well-established family owned and operated marine company in Switzerland. During the years, Markus Krüeger, the third-generation manager of Krüeger Werf, has developed important partnerships with major brands such as Frauscher and Sunseeker that share with TecnoRib a passion for speed and elegance.

Mercurio has been a benchmark for all yachting enthusiasts in Saint-Tropez and the Côte d’Azur since the 1960s. Specialising in the sale and storage of motorboats, it has always been synonymous with elegance, charme and adrenaline. “The collaboration with TecnoRib is very important for us and will certainly give visibility to the respective brands in the South of France, especially in the Gulf of Saint-Tropez. The new PIRELLI 42 is an innovative walk-around, a model that has never been developed in the RIB sector and that we believe will shape the future of semi-rigid inflatable boats over 11 metres,” said Adrien Follin of Mercurio.