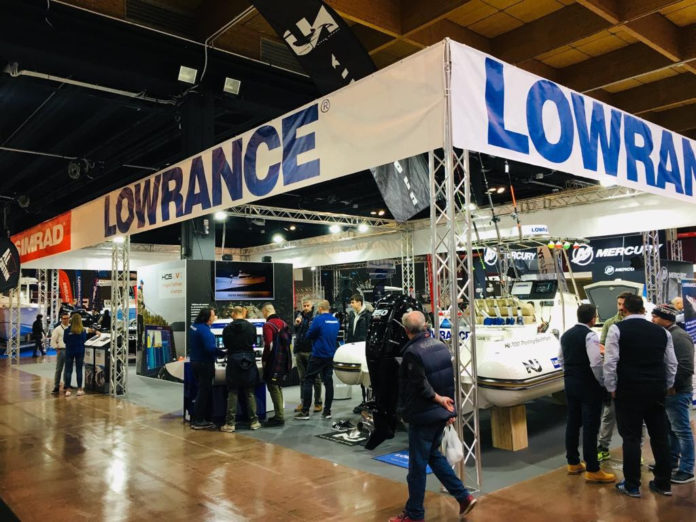 For all the passionate about fishing, from Frebuary 21st to 23rd there’s an event unmissable in Vincenza: the Pescare Show. Navico is partecipating at this important international salon of game fishing and pleasure craft, with two big news. The first one is the chartplotter series/fishfinder Lowrance Hook Reveal, at its first official debut in Italy, and the second one is the Trolling Motor Ghost. Together with the instruments, the cartography C-Map, a big player of the sector. During the boat show, the Lowrance e Simrad ambassadors will reveal tricks and secrets about the onboard electronics to every customer, guest and enthusiastic of fishing.

Another important news for freshwater fishmen is the Lowrance Ghost freshwater trolling motor, designed to be solid, strong and long-lasting. It helps anglers fish longer, run faster and move in closer without spooking fish. Ghost’s propulsion technology and brushless motor generates the most thrust and the longest run time of any trolling motor on the market. Since it launching on July 2019, the freshwater trolling motor has already received several recognitions: the Dame Design Award 2019, the gold medal at the Best Design Awards in New Zeland and the Best Show during the exposition of new products at the Northern Wholesale Marine Show in Minnesota, USA.

The electronics of Simrad

At the Navico’s stand it will be possibile to see also all the electronics of Simrad, that is proposing several products to satisfy every fishmen and yachtsmen’ needs or requests. The multifunctional displays combine the powerful technology of sonar for fish-finding with chartplotter’s navigation functions, essential to plan journeys or offshore hunters. The fishfinders radars deliver simplicity for safe navigation and finding productive fishing waters. Two great news of Simrad will be shown, namely the units HALO20+ e HALO20, designed for sport fishing boats and small cruise boats. Both radars make the navigation safer and easier, but they have their own features to satisfy both customers that have high level request and clients that are looking for good performances with an affordable price.

Navico and Medplastic for the environment

The Pescare Show will be also an occasion to reinforce the recent partnership with Medplastic, a no profit association that aim to safeguard the Mediterranean ecosystem. At the stand of Navico people could indeed discover more about the Medplastic project, the campaign and become ambassadors of these important values about the safety of the environment, thanks to “Manifesto dell’Ecomarinaio” (ecoseaman manifesto).