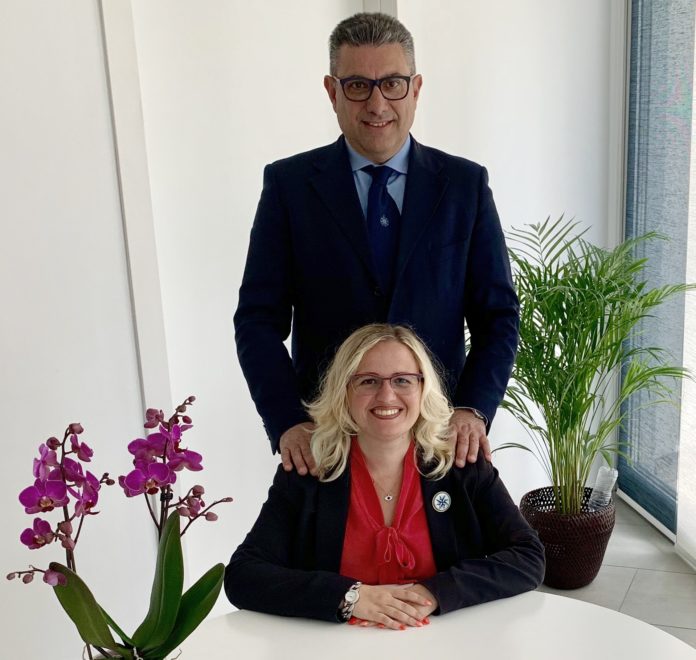 Mistral is one of those companies that over the years has shown extreme flexibility, a continuous effort to understand the market, its evolution and its requirements. It all began at the end of the 1990s in Italy when Mistral was formed as an agency to represent naval equipment and components. The sea has always been its natural habitat and in particular the sector of newbuilding, aftersales and spare parts for merchant, passenger and military vessels, later extending to Megayachts.

From being an agency of representation it extended increasingly also into trading, broadening its horizons and aiming to have the world is its market.

And it was from this increasing interest in trading that in 2018 Mistral Trading was founded with headquarters in Malta. This demanded a reorganisation of the company structure. The holding was set up, the Mistral Corporation, based in Lugano, which controls Mistral Suisse (which continues its historical activity as a representation agency) which in turn holds 100% of Mistral Trading, a branch dedicated exclusively to trading.

A change at the top

The creation of the new company structure was also the occasion for a change at the top. Marco Zanelli, the founder of Mistral, handed over the company to Cinzia Borghi. So Zanelli handed over the company but is not leaving it, he will remain active and present with a consultancy contract that will tie him to Mistral for eight years.

Marco Zanelli explains: “Cinzia and I have been working together for more than 10 years. I realised right away she had a great desire to get things done and above all had a new idea of the job. For this reason I counted on her in recent years. For me it was good luck to find a person like Cinzia, who responded very positively right from the start. I am very proud of the results we have achieved, for myself and for her“.

And so it was a handover planned over time and carried out with great continuity: Cinzia Borghi takes the helm of the company where she has worked for 10 years and Marco Zanelli, who founded Mistral, will keep contributing for another eight years.

New energies in the field

The change was also dictated by a world in continual evolution and the need for young energy. “I am 58 and she is 33. She is the one who must innovate. And in these years she has grown and learned along these lines in Mistral,” says Zanelli.

The big test for Cinzia Borghi was moving into trading. She was the one who wanted to do it, starting back in 2010. “This will we only sold spare parts from the companies we represent,” says Marco Zanelli. “Now trading has become Mistral’s core business.”

The new company structure went down well with the market, something that could not be taken for granted in a sector such as that of the agencies were personal contacts play a fundamental role. “The handover went better than we expected,” says Cinzia Borghi, “often in our sector innovation is not always appreciated, but we not only received praise but also new agency mandates.”

The importance of trading

Opening up to trading was a choice made by Mistral in 2010 and it grew gradually. Up until the opening in Malta of Mistral Trading in 2018.

Trading for Mistral means going into action in the after sales phase and today it can offer a broad choice of components and spare parts ranging from engines to deck equipment, boilers and burners and accessories and equipment. “When a customer contacts us it’s because he needs parts he can’t find in a certain part of the world, Asia, America, Europe, everywhere. At this point we go into action and thanks to our network of international contacts we solve his problem. Whether he needs an anchor, a lifeboat or complex systems.”

It’s a job that requires being always up-to-date on new products and how the market is moving and evolving so as to be able to follow the entire process from the request for components to finding them, handling orders, logistics and after sales service.

“Our aim with trading is to enlarge your markets. We want to open up to other countries, to cross borders. The choice to have the Mistral Trading headquarters in Malta, with its strategic position, was made also for this reason.” In Lugano there remains Mistral Suisse, which continues to work with Italy, Switzerland and Monte Carlo as an agency, a job that demands presence in the territory, while with trading you can work all over the world.

“Today we are able to supply innovative products and avant-garde solutions anywhere in the world, so it’s full speed ahead.” Cinzia Borghi is resolute on this point and is counting on a branch that was born of her intuition and found fertile terrain thanks to a deep knowledge of the yachting market, continuous work on research and development and Mistral’s contacts all over the world.