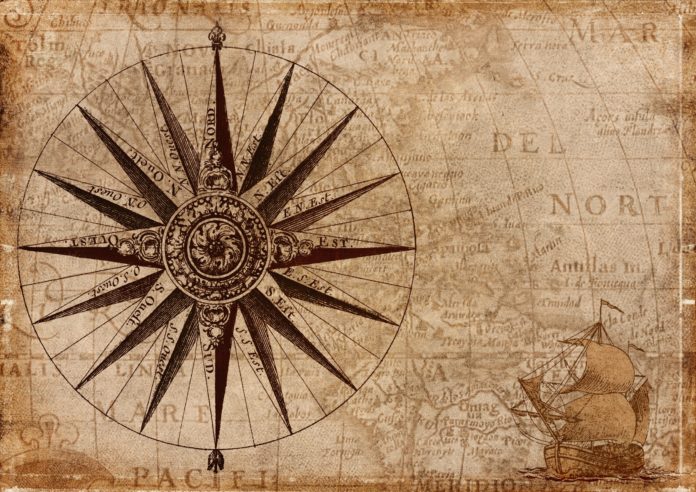 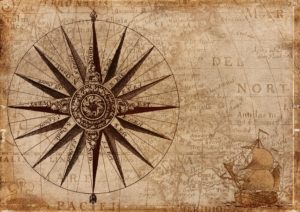 GPS and satellites have often led us today to forget the traditional methods of course calculation and chart reading, though they are fascinating subjects and remain fundamental for passing the exams for the skipper’s ticket.

Then our eyes are not used to recognising constellations in the sky and reading the movement of the stars. But this knowledge remains remarkably fascinating for navigation enthusiasts and it is often enjoyable to rediscover them. Above all because they have a long history and belong to different cultures.

The organisation of maritime trade

Unfortunately there are not many documents in existence that allow us to be sure that navigational knowledge was a well-defined art that had the same dignity as other arts and crafts that during the Middle Ages became centres of power, like the weavers or the bankers. Mostly we have documentation of the existence (for example in Venice) only of texts that organised trade navigation, but this from the economic and administrative point of view, laying down periods and routes the navigation, division of spaces on board, stowing, hierarchies and tasks.

There are precise rules on the carrying out of trade and professional activities and on the sharing of earnings and pay, duties and responsibilities. And then there were several nautical charts, many of which have reached us in good condition.

Since for the whole of the 14th and 15th centuries navigation was mostly confined to the Mediterranean, the charts of the Mediterranean were the most common and those that we are able to find preserved today.

We know little about how they were drawn, but we know more about how they were copied by tracing. The charts were drawn on parchment, and were often traced from earlier charts using either the transparency technique (using a thinner, oil-soaked parchment placed over an existing chart and tracing the lines against a window) or the powdering technique (where tiny holes were made in the chart to be copied which was then placed over a blank sheet and covered in very fine powder that traced the lines on the sheet underneath).

Before or after the chart was traced, lines were also drawn starting from a wind rose to show the directions of the winds, which also corresponded to the courses that joined the various points on the chart. The wind lines could be used to find and determine, with the help of the compass, the course being followed or the desired course. So it served as a reference grid during the voyage, but perhaps was also extremely useful when the charter was being drawn.

A certain number of nautical notebooks have survived to the present day. Typically they are unsystematic in their treatment of this subject: subjects are treated without organisation, often overlapping or repeated without apparent order and they seem difficult to use. These texts are rather like handbooks, useful for rapid consultation and ready to be enriched with new notes; they in no way present the characteristics of a true system of knowledge that proceeds in an orderly way, distinguishing specific competences, and evolving towards a “theory”.

So the definition of nautical culture seems inappropriate; it is a matter of semen like “knowledge” coming from experience that is handed down from one author to another, often also reproducing a difficult relationship with the written word.

Concluding this brief description of the history of nautical knowledge, we can maintain that this knowledge seems more something based prevalently on simple practice, apparently without an awareness of its contents and without the intention of providing support for training or knowledge to be spread. It almost seems to be intentionally a presentation of knowledge for the initiated, with no desire to explain. But certainly, the documents produced were very important for daily use along the short Mediterranean routes.

Things would change only with the arrival of printing and the start of navigation. The spread of books, which would make the scientific character of publications increasingly widespread, and the need to provide a view of the world that was broader than that of the Mediterranean routes, and the application of Ptolemaic principles to the vision of the world would bring about the substitution of the empirical knowledge of a few individuals with the formulation of a theory that could be learned and reproduced by anyone, even those who did not have the good fortune to spend their lives on the sea and learn the techniques of navigation there.