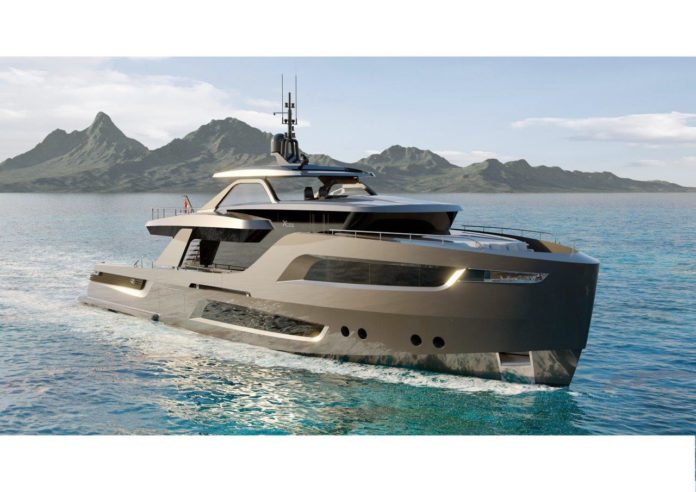 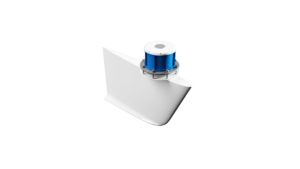 Waveless’s admirers just keeps on growing. Last but not least it’s the Dutch builder Holterman Shipyard that has released details of its latest design, the 32m X-Treme X-105. This new yacht, that is due to be delivered in 2021, is one of the many that has welcomed onboard Waveless, the new electric and ultracompact stabilizers for yacht from 12 and up to 40m from CMC Marine.

Since its presentation during the Cannes Yachting Festival 2019, Waveless was a hit among captains, shipyards, crew, owners and yachting professionals. Since it uses the same technology as CMC Marine’s larger products Stabilis Electra reformatted into a smaller machine, Waveless fins (all treated with antifouling so they do not deteriorate in water) are technologically very advanced.

The new X-105 by Holterman Shipyard will have 4 Waveless STAB but the Dutch shipyard embraced CMC Marine technologies in full since the yacht will also be equipped with Argo, the world’s first new integrated steering and stabilizer fin control system, and Directa 120, the fully electric steering gear system.

“This is an exciting project with Holterman because not only is the X-105 a stunning design but it also highlights the engineering and innovative strengths of CMC Marine to meet the challenges of this unique yacht” said Sam Crockford, Managing Director CMC Marine UK.

“The aft section of the X-105, to accommodate the retractable RIB launch/pool, is essentially a catamaran hull form with unique port and starboard engine rooms. This configuration greatly limited the space available for the stabilisers and steering gear as well as the ability to cross-connect the systems. CMC Marine’s unique Directa 120 electrical steering solution, which eliminates all of the complex hydraulics, was a perfect fit”.

For the stabilisers, CMC Marine worked closely with Holterman to study the owner’s comfort requirements which resulted in a 4 fin solution based around the newly launched Waveless STAB series of stabilisers being the best solution with a combination of 2 of the smaller STAB 25 at the rear and 2 of the larger STAB 40’s forward.

These were combined with CMC Marine’s propriety ARGO software solution that integrates the controls of the steering with the stabilisers to further enhance directional stability, reducing the risk of broaching and maintain higher course directionality.

“The X-105 will truly be a compact yacht packed with a wealth of engineering from CMC Marine“, said Crockford.