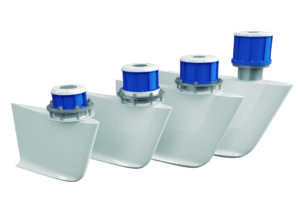 Formed in 2005, Cmc Marine has over the years become a leader in yachting for its fins stabilisation systems with electric actuators. Waveless STAB is the latest new product specifically for smaller yachts. We found out more from Pietro Cappiello, Cmc Marine strategy manager.

CMC Marine takes another step forward in boat stabilisation systems. After having become undisputed leader in the stabilisation of vessels from 20 m with the by now well-known Stabilis Electra, the Cascina company took to the Cannes Yachting Festival 2019 Waveless STAB, the new family of ultracompact electric stabilisers designed specifically for boats from 12 m.

“The success and satisfaction that the Stabilis Electra has brought us over the years in all its versions – CMC Marine has installed more than 1000 systems on boats from 20 m up, 700 of them traditional stabilisers in the past 10 years, 150 just in the past 12 months – lead us not to stop there but to concentrate and bring all our know-how to the less than 20 m sector where there were no electric fin stabilising systems and only gyroscopes were used.

Everything that led us to insist on stabilising fins in the larger yacht market has been transferred to this product, covering a segment that had not yet been explored. We decided to create an electric stabilising system with fins – it’s in the CMC Marine DNA – that was compact so it could be installed without problems of bulk and space, that was quiet, to give excellent comfort on-board and offered CMC Marine technology, which is known to be reliable, with excellent performance.

And also with low consumption so it could be used without the need for an excessively large generator. These were the drivers behind the design of this new product.”

“Unlike Stabilis Electra,” says Cappiello, “Waveless is more for a consumer market. We know there is a lot of difference between the end-users of boats of more than 30 m, where you need a very technical approach to sales, because in the segment of yachts up to 20 m stabilisers are generally an option and often the owner makes the final decision.

“To succeed in producing the STAB Waveless series we first of all interfaced with our current suppliers and used, as for Stabilis Electra, components from industrial electronics. They are all products used to build robots for production, to build machines for assembly lines. In recent years the evolution in robotics and industrial plant has moved towards increasingly compact and efficient products, we involved our suppliers in the development of the new product, to help us with their know-how.”

What makes up the system 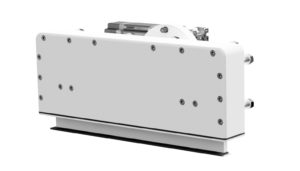 “The system is very simple, it’s made up of a small inertial platform with accelerometers that read all the movements of the boat – roll, pitch, heel… – and transmit them, along with the boat the speed, to the control system which in turn tells to the two fins how much they must rotate and at what speed.

For the fins we have two different sizes for each actuator model, we have tried to keep everything very simple. As CMC Marine we have a really wide choice of fins. With Stabilis Electra we’re used to offering the most ideal solution possible. When there are particular requirements, we make fins with particular dimensions. But with the Waveless brand we wanted to offer a simple product, easy to understand, assemble and use for the customer.”