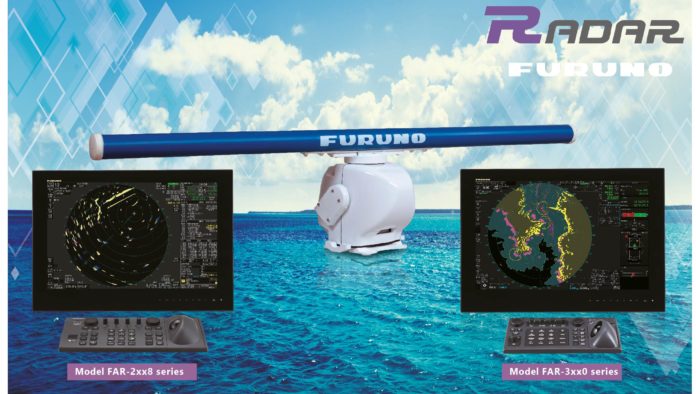 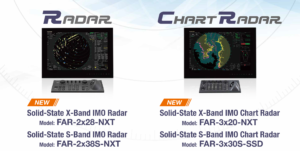 Furuno has introduced all-new NXT Solid-State options for their commercial FAR2xx8 Radar and FAR3000 Chart Radar series, available in both X-Band and S-Band configurations. X-Band Radar generally provides better target resolution, while S-Band Radar, operating at a lower frequency, is less affected by rain and fog, and can detect targets at greater distances.

These radars also feature Furuno’s updated antenna and gearbox that provides high signal accuracy and excellent reliability. Their design produces less drag, reducing the burden on the gearbox and allowing the NXT Radar to operate for prolonged periods.

These new NXT Radar gearboxes share the mounting footprint of multiple prior generations, so retrofitting from old to new is easy and inexpensive. Due to Furuno‘s innovative system architecture, the Radar signal is processed from analog to digital directly within the gearbox, providing a clean, noise-free transmission and enhancing the clarity of the Radar presentation.

Clear echo images and lower noise produce a better view around the vessel, and the NXT Radar will generate echoes even from weak targets, such as very small craft observed at a distance.

These NXT Radars also deliver a simple and intuitive user interface, including an InstantAccess bar with menu shortcuts for frequently used functions. The Radar’s familiar physical controls are ergonomically and logically designed, and the new interface allows for all operations to be accessed and controlled from the trackball.