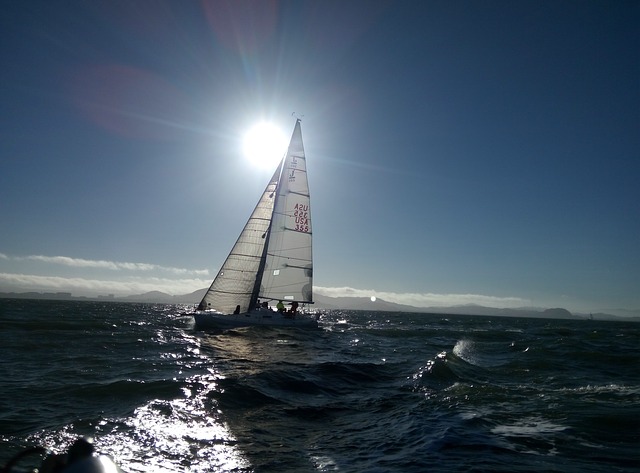 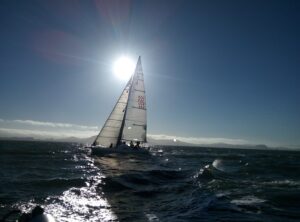 The Italians on Luna Rossa faced the start of the America’s Cup proper with their moral boosted by a 7-1 massacre of the English Ineos in the final of the Prada Cup. But the New Zealanders were not to be underestimated, and the omens at the start of the first day of racing on Wednesday were not ideal: the pundits favoured Luna Rossa in lighter wind, but above ten knots their money was on New Zealand. And the forecast was for wind between 10 and 15 knots.

And sure enough, Luna Rossa finished more than half a minute behind in the first race but staged a gallant comeback in the second – despite fresher wind – to cross the line seven seconds ahead. Not much, but enough.

In the first race, Luna Rossa opted for the left side of the line but the New Zealanders on Te Rehutai were right there with them and pulled away quickly to establish a 100 metre lead. They led by 14 seconds at the first gate and had a speed advantage of around two knots on the first downwind leg that built their lead to 23 seconds as they rounded the mark.

Luna Rossa fought hard, shaving the New Zealanders’ lead down to 19 seconds on the second upwind leg and down to 17 in the following leg. But they couldn’t seriously worry Te Rehutai, which crossed the finish line with a comfortable 31 second lead.

For the second race, the wind had freshened to around 15 knots, which should have been good news for New Zealand. The pre-start saw Te Rehutai staying closer to the line while Luna Rossa held further back. Then Luna Rossa crossed the start with impeccable timing, leaving the New Zealanders 80 metres behind. The Italians held their lead, tightly marking their opponents, and rounded the upwind mark 13 seconds ahead.

New Zealand may have expected to recover on the downwind stretch after their two knot downwind speed advantage in the first race, but it was not to be. Luna Rossa fought on, at one point reaching a lead of 300 metres, but as they closed in on the gate the New Zealanders recovered and rounded only 12 seconds behind.

A rare tactical error by Luna Rossa on the last upwind leg, when they mistakenly hoped to find more wind on the right hand side of the course, gave a temporary boost to New Zealand, which cut the Italians’ lead to 130 metres. But Luna Rossa defended well, and despite New Zealand closing in crossed the finish line seven seconds ahead.

And so, after day one it’s one all and everything to play for. Tomorrow (Thursday) is a rest day, but they’ll be back racing on Friday.