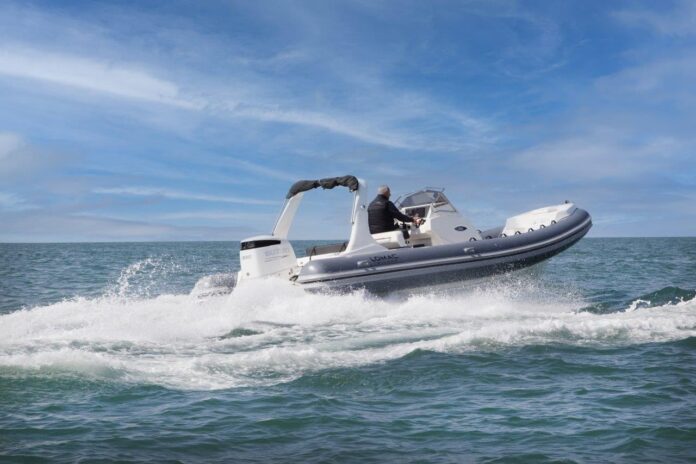 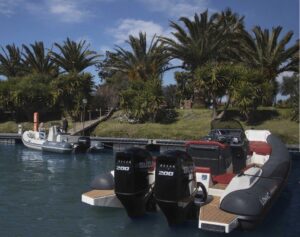 On 17 and 18 April, the Roman dealer Giada 96 will open the doors of its showroom at the top-of-the-range Lomac powered by Suzuki. A new important partnership is born indeed between Lomac, the historic Italian manufacturer of inflatable boats, and the giant of outboard motors Suzuki who rely on the experience of the Giada 96 dealer for distribution in Lazio.

Since 1985 Giada 96 has been a reference point on the coast Roman for boats and outboard motors lovers; and already an official Suzuki dealer, from 2021 it officially becomes an authorized Lomac seller.

Lomac, a shipyard based in Milan and over 60 years of experience, has become a symbol all over the world for the design – strictly Made in Italy – of its inflatable boats, synonymous with performance, comfort, versatility and safety. The partnership with the Suzuki brand was therefore born almost naturally, which adds the high technology and reliability of its marine engines to the dinghies of the Milanese shipyard.

At Giada 96, some of the most iconic Lomac models of the Granturismo, Adrenalina, IN and OK series will be available for tests and sea trials (by reservation). Each line is designed to meet the needs of experienced owners but also of those who are approaching the nautical universe for the first time, offering a wide choice of models both in terms of size and customization.

Comments about the partnership

Fabrizio Lo Manto, CEO of the Lomac Shipyard, declares: “I am thrilled to start this collaboration with two companies of great value such as Suzuki and Giada 96, perfectly aligned with Lomac’s values, which aim to satisfy an increasingly demanding and attentive to details. The test days, thanks to advance reservations, will be a perfect opportunity to see and try on the models on display, avoiding crowds and guaranteeing the total safety of all participants, who in such a delicate period must never be missing“.

Paolo Ilariuzzi, director of Suzuki’s Marine Division, confirms what was declared by the Lomac shipyard, declaring: “I am honored to power boats of great prestige and quality. The Giada 96 concessionaire in Fiumicino will certainly be an excellent trait d’union between the two brands and above all a guarantee for the satisfaction of customers who, on this occasion, will certainly be able to test a winning combination that will enhance the navigation and performance qualities of the two products“.

Alessandro Totaro, owner of Giada 96 joins Lomac and Suzuki’s enthusiasm for organizing these tests: “Being close to our customers for their maximum satisfaction – even in ad hoc events like this one – has always been ours compass. Brands synonymous with prestige such as Lomac and Suzuki, will be a sure attraction for many customers and enthusiasts of engines and boats who want to try the best on the market“.

The initiative – on the two days of Saturday 17 and Sunday 18 April – will give customers and enthusiasts the opportunity to book a free water test on Lomac boats powered by Suzuki outboards, with the assistance of Giada 96 staff and technicians. .

Visits can be booked through the dedicated page on the Lomac website https://landing.lomac.it/evento-giada96-20-03-2021/