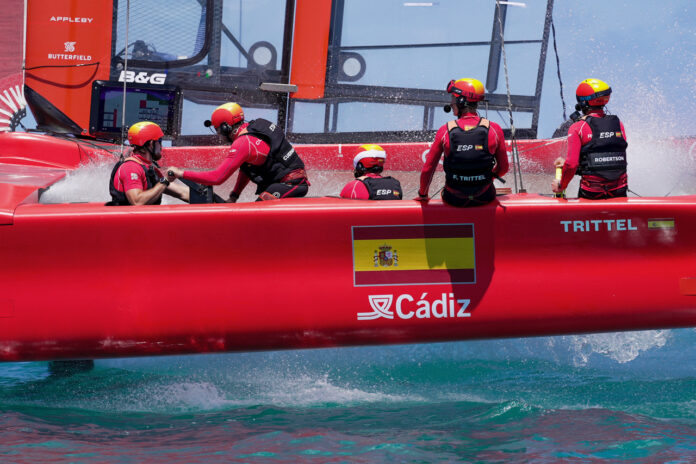 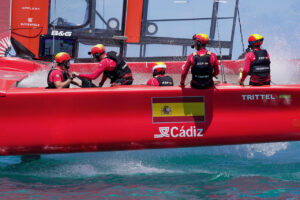 B&G, company specialised in navigation and sailing instrumentation, has joined SailGP, the exciting international regatta that uses state-of-the-art F50 catamarans. On the occasion of the second racing season of this year the Zeus3S multifunction display B&G Glass Helm will be integrated into the wingsail of the F50 catamarans. For the first time in the world, the tactical display has been integrated into the wingsail itself.

Zeus3S for the best catamarans

The second season of the SailGP, which runs from 2021 to 2022, began with eight national teams racing at the Bermuda Sail Grand Prix presented by Hamilton Princess and continues with eight events ending in a grand finale in San Francisco in March 2022.

“Our 24-inch B&G Zeus3S Glass Helm display will provide SailGP teams and athletes with key data throughout the season, to take crucial and immediate tactical decisions with all the personalized information available,” said Simon Conder, Global Head of B&G Brand. – We are delighted to be part of SailGP to introduce innovations like these to the world. As far as we know, the F50 is the first class of boats in the world to feature a multifunction display in its wingsails, and we have no doubts that this will make it much easier for athletes to make the quick and critical decisions they need. ”

The importance of data for tactical decisions

The F50s can sail up to 52 knots of speed and have a crew of five, including a helmsman, a flight controller, a trimmer and two grinders. Being a one-design class, all teams share the same design and technology of the boat, leaving the results of the race entirely in the hands of the crews. It puts more emphasis on the reaction and interpretation of the weather and racing data, including wind strength, direction, wind changes, sailing speed and more. This data comes from another B&G piece of equipment, the masthead sensors located on the top of the wing and on the bowsprit.

Warren Jones, SailGP Chief Technology Officer, said: “SailGP is working with B&G to add two Zeus3S to each F50 for all teams participating in season two. The first race of the season in Bermuda will be the first event with this technology implemented. It will increase the effectiveness of athletes’ decisions on the F50s. We look forward to pushing the boundaries of sailing technology with B&G today and in the future. ”

All data recorded by boats, including wind data, is transmitted to each team’s coaches via Oracle Cloud, allowing them to analyze performance and communicate with their crews at set times during a race. Spectators will also be able to access this technical data via the SailGP app, where fans can select up to two teams to follow and receive performance information from.

“We have been looking forward to seeing them in action in Bermuda and throughout the season at SailGP events around the world exciting regattas for the entire duration of the second season” Conder added.