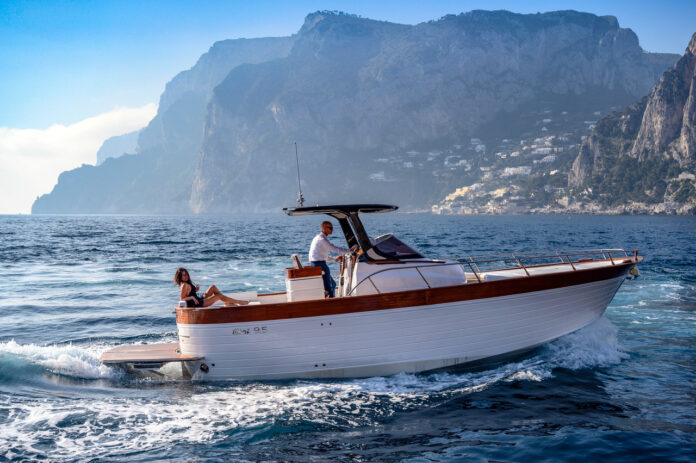 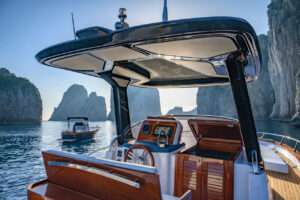 Domenico Senese’s shipyard is proud to announce its participation in the Croatia Boat Show, a major event now in its 22nd edition and which will be held in Split from 18 to 22 May.

Thanks to the agreement recently signed with the dealer Gordan Zadro of Navis Marine, Gozzi Mimì will be displaying at the Croatian dealer’s stand the two versions of the Libeccio 9.5, a model whose popularity is fast increasing and which is much in demand by boat-owners from a number of European countries.

Libeccio 9.5 Cabin is a spacious and liveable cabin cruiser, which can accommodate up to 10 people, with a convertible dinette, which permits fitting two additional beds in the spacious double cabin, an internal galley complete with sink, hob and fridge and, finally, a separate toilet with shower.

Libeccio 9.5 Walkaround is a modern boat designed by Valerio Rivellini for dynamic people with refined tastes. It has large outdoor spaces with a central console and wet bar at the stern. Below deck is a dinette and a double bed.

With two 200hp Yanmar engines, the boat is able to reach a speed of 27 knots, but it can also be equipped with two 230hp engines able to reach 32 knots, or with a 250hp engine for a top speed of 25 knots. Thanks to the combination of contemporary lines and traditional charm and to the reliability of a brand which is becoming increasingly better-known at international level, after the world preview launch at the Genoa Boat Show (October 2020), several units have already been sold in the Mediterranean basin and in various Northern European countries.