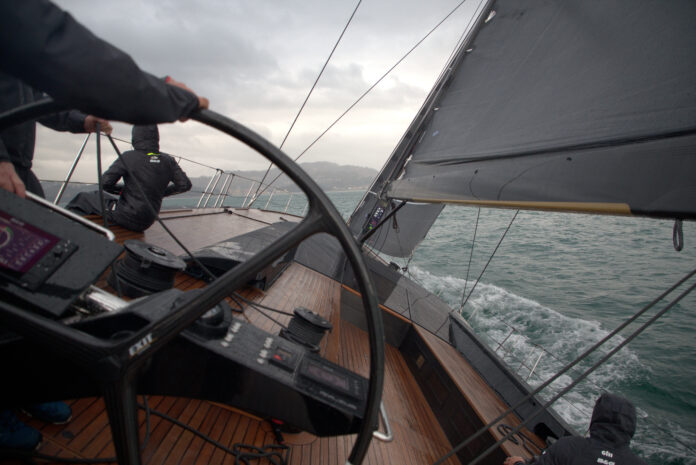 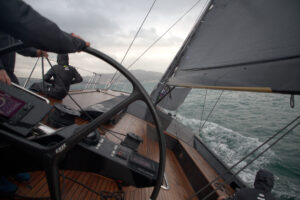 B&G®, a company specializing in navigation and sailing instrumentation, is proud to announce its partnership with IRCRecords™. For decades the history of sailing records has been dominated by adventurers, pioneers, eccentrics and, in recent years, by teams of professionals in custom built boats.

This will change with the advent of a new platform that will allow any skipper and crew to use their boat and her rating to attempt to break a record, and have the new time posted. The new time-compensated record concept creates a new category that will be introduced on the IRCRecords.com platform. Attempts will be calculated and ratified using the well-known International Rating Certificate (IRC) system.

Record based on compensated time

Whether it’s a 100-foot super maxi, standard production cruiser / racer, sports boat, high-tech racing yacht or classic boat, the IRC rating rule includes many categories. Having a record based on compensated time rather than traditional elapsed time allows teams to compete on another level playing field.

“We all enjoyed watching high-profile teams stay on standby and then try to break major records. So, we’re very pleased to introduce the concept of time-compensated records, which will enable a much larger group of sailors to experience the thrill of breaking a record, making the best use of equipment they already own or have access to. We hope IRC-rated yachts have the luck in setting the correct times across our wide variety of routes“.

“I’ve spent a good part of my career trying to break world records and I really enjoyed the challenge of racing against time. After all it is the traditional form of regatta, originating from tea clipper competitions across the Southern Ocean or from fishing schooners on the Grand Banks, vying to get home to sell their catch. What is particularly wonderful about this aspect of the sport is that we need the ideal weather for a record, which means we are sailing in the perfect conditions for our vessel, offering the most exciting and unforgettable sailing ever! I can’t wait to put my name in this new scoreboard of records “.

With access to IRCRecords™, competitors have a period of 14 days to make their attempt. This allows teams to identify favorable weather and tide conditions for their vessel. Unlike starting a regatta or race, these record attempts can be made at any stage and time the competitor wishes, giving owners and sailors greater flexibility of participation.

Thanks to the increased accuracy of the satellite tracker and the cost reduction of usage times, IRCRecords™ attempts will be validated through the proven YB Tracking system, which provides a simple and intuitive device and interface.

IRC’s Director of Assessment, Dr Jason Smithwick, commented, “We are pleased that IRC has been chosen as the assessment to be used with the time-compensated record system. The IRCRecords.com platform allows for accurate calculations for the wide range of vessels that have IRC certificates around the world to challenge these record attempts.“.

“The IRC rating rule is used in over 40 countries for local and international, coastal and offshore events. We invite more shipowners to apply for certificates and participate in this new challenge,” he added. “We look forward to seeing record routes grow both in terms of numbers and geography. It will be interesting to see which routes establish themselves as the new ‘classics’ and become the must-see routes.”

As a collaborator of the platform from the start, the industry-leading marine electronics company B&G is regarded as one of the founding partners. Simon Conder, Head of B&G Brand commented: “It has long been imperative for sailors to have something to facilitate competition against the best according to their wishes and with the right weather and weather conditions. Many other sports already have these plans, so when we started talking to the Fourth Cape team, we immediately jumped at this opportunity and took action to launch and grow the program over the next few years. ”

Beginning with routes in the Northern Hemisphere, IRCRecords™ will quickly ratify record routes in each of the major IRC regions, allowing regatta participants to set new routes and new records. Routes in the Southern Hemisphere will be open in time for the start of the next sailing season.

To compete and enter the IRCRecords™ scoreboard, a valid and up-to-date IRC certificate will be required, along with record attempt validation using data from a YB Tracker, which can be loaned from an IRCRecords ™ partner, purchased at a discounted rate or hired.

When a new record is established, an official IRCRecords ™ certificate is issued and access is granted to purchase copies for crew members and other products for IRCRecords ™ record holders.