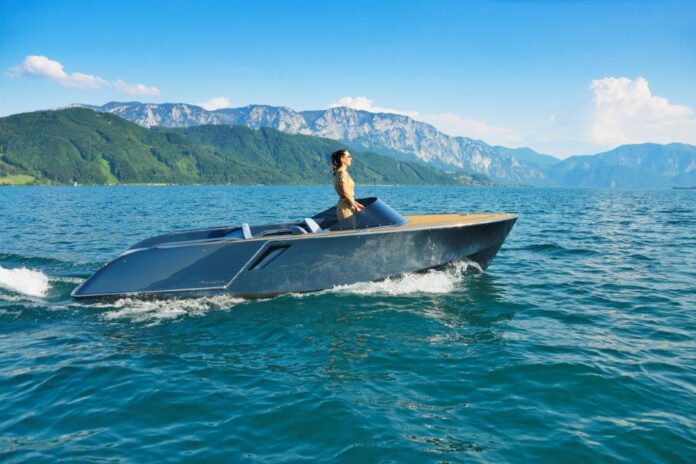 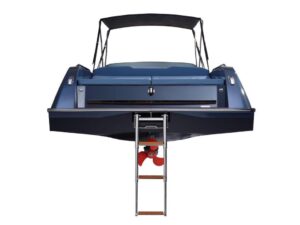 The new Frauscher 650 Alassio defends its position at the top of the market with a multitude of updates. Design features, ease of use and details of workmanship continue to be distinguished characteristics of the model. Michael Frauscher, managing director and responsible for the development and production of the new edition, explains: “After 250 units produced, it was time to take the 650 Alassio to a new level, to give it a more precious appearance and a more captivating appeal.”

Mauro Feltrinelli, owner of Cantiere Nautico Feltrinelli, official importer of the Frauscher brand in Italy, adds: “We are once again struck by the care and expertise of the Austrian shipyard for every new project, whether it is the creation of a completely revolutionary model as Timesquare20 or a simple restyling as in the case of 650 Alassio.

A commitment that deserves all our consideration, and that would indeed deserve to reach greater market shares also in our country, which is still little inclined to use electricity for boating in protected basins, the example of Garda applies to all Trentino. It is a pity that Europe opens up new waterways to tourism and sustainable traffic, while Italy instead remains to watch “.

Comfortable seats and ease of use

In the cockpit, the Commander can enjoy a completely redesigned dashboard that now features two cup holders and the latest Fusion Marine and JL Audio multimedia components. The large touchscreens make it easy to use and give it a neat appearance. In the cockpit, guests enjoy two comfortable armchairs and a large rear seat, all padded and specially designed to leave ample space on board. The precious diamond stitching, optional, gives all the cushions further comfort and refinement.

High quality design down to the last detail 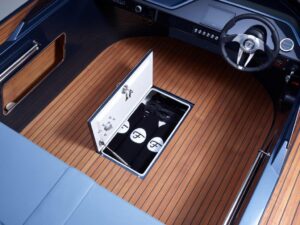 The teak that covers the bow, cockpit and swim platform is now standard on every Frauscher 650 Alassio. For the side profile of the boat, the designers took inspiration from Frauscher 1212 Ghost, with its typical air intakes. The windshield has also been redesigned: stainless steel applications have been added and an LED lighting system has been set up for those who request it.

Still not enough? Frauscher engineers have pulled a few other gems out of the cylinder: the engine compartment door, under the generous sundeck, is now electrically operated, facilitating access to the storage space next to the batteries and facilitating the opening of the bimini. A bow thruster is now available for the 650 Alassio (on request). Other options: a generous refrigerator, a state-of-the-art sound system, a teak cockpit table and metallic paint in the desired color.

In terms of engines and batteries, Frauscher 650 Alassio has always kept up with the times. For the second generation, four different engine options are available from 4.3 to 60 kW of power and battery capacities from 10 to 40 kWh. “For shallow waters, we have developed a special version with a draft of only 45 cm,” explains Michael Frauscher. Deliveries of the 650 Alassio will begin in April 2022.