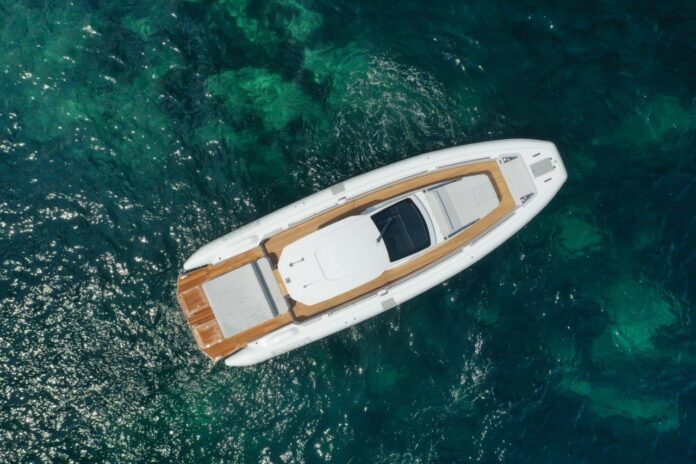 TecnoRib, the official licensee of PIRELLI brand inflatable boats, will take part in the Genoa Boat Show with the PIRELLI 35 and PIRELLI 42, currently on display in Cannes, and the debut scale model of the PIRELLI 50, the most recent project of the shipmaker, for Italian customers and show guests.

Refined design and outstanding performance embody the PIRELLI 35, a walkaround with a double step hull made in collaboration with the Swedish studio Mannerfelt Design Team.

Born from the success of its larger version, the 42, the PIRELLI 35 is available in both outboard and sterndrive versions; this gritty 11-metre walkaround homologated as a boat is designed for those who are seeking a stable and safe navigation experience with exciting and adrenaline-filled performance.

The PIRELLI 42 is the first model in the updated walkaroud line that made its debut at the Dusseldorf Boot in 2020, and quickly won over many owners. It offers surprising stability, boasts voluminous spaces below deck, and features a beam of 4.10 metres.

The design was created by the Mannerfelt Design Team, the famous Swedish studio with many years of experience in the creation of racing boats, which has long been a collaborative partner of the shipmaker. The success of this model confirmed the winning choice of TecnoRib in pursuing the design of new models within a short time frame.

In addition to the boats on display the TecnoRib stand will also display a scale model of the PIRELLI 50, which will make its official debut in 2022: it marks another important step forward in the process of modernising the Speedboat line.

It is the point of arrival of a path that has seen the creation of three models in three years: the 50 combines the concept of walkaround and maxirib to maximise the enjoyment of areas on deck, without neglecting the strengths of the range itself, such as quality, performance and design.