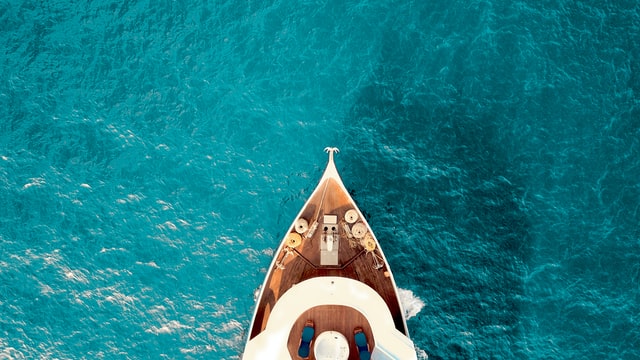 Despite the fact that for several years Affective Computing and the analysis of emotions have been at the center of the attention of researchers in the field of Human-Computer Interaction, the development of applications of environmental intelligence systems (or Ambient Intelligence) capable of reacting in how effectively based on emotions still represents a great challenge today.

For this reason, one of the objectives of the “MOHMI – smart multimedia MONitoring systems for advanced HMI technologies in living environments” project is the development of a home automation system, equipped with emotional intelligence, and able to adapt its operation based on the context of use, so as to maximize comfort and enjoyment on board yachts, but which could be used in hotels and homes.

This interface has already found an application at the Videoworks company of Ancona which has created a working prototype, intended precisely for the world of high-end yachts.

A first application of MohMI

“Thanks to the collaboration with UNIVPM, the company has had access to a series of resources, knowledge and advanced technologies with the aim of creating a prototype that in the future can become a product, adapted and enriched, according to different needs.

This is essential for the company because our customers have a great interest in the most innovative technological solutions in which they look for characteristics of uniqueness and customization.

We have also had the opportunity to forge relationships with other companiesand research institutions and this could open up new future collaborations in addition to the current project” stated the company.

How works the Miracle-MohMI project

This home automation system is able to recognize the user’s identity, his emotional state and the activity carried out by him starting from the analysis of his behavior within the environment.

This happens thanks to a system of recognition of emotions, tracking and recognition of body posture, based on computer vision and machine learning algorithms that have been developed ad hoc.

The system can detect information relating to the user (emotions and activities carried out) and the conditions of the environment (lighting, temperature), thanks to an appropriate network of cameras and sensors.

Based on the information acquired, the system is able to modify the characteristics of the environment itself, in order to implement nudging strategies, which aim to increase the well-being of the person and improve the quality of the experience in interacting with the environment. itself, by eliciting certain emotional states.

The Miracle Marche Innovation and Research for Connected and sustainable Living Environments project provides for the creation of a Collaborative Research Platform.

It is co-financed by the Marche Region through the POR MARCHE FESR 2014/2020 AXIS 1 – OS2 – ACTION 2.1.1 – SUPPORT FOR THE DEVELOPMENT OF COLLABORATIVE RESEARCH TECHNOLOGICAL PLATFORMS IN THE AREAS OF SPECIALIZATION.

The goal is to create innovative and interoperable solutions for products belonging to the domain of home automation and living environments with reference to the intervention themes identified by the Regional Specialization Strategy (S3).

This will be made possible thanks to the collaboration of a public-private partnership made up of 22 entities between companies and research organizations.

Although in the field of Human Machine Interaction and Ambient Intelligence there is a growing interest in the development of systems equipped with “emotional intelligence”, the development of effective solutions still represents a great challenge today, because so far very few solutions have come to a level of development that can be tested in real contexts.

This project will make it possible to ground applications that today represent the state of the art of research in this area, and to evaluate their actual impact in terms of their ability to improve people’s well-being.

Home automation for the yacht sector 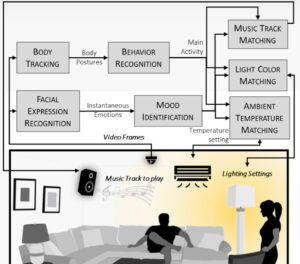 To make the environment able to push people to make decisions or implement behaviors that are in their best interest, it was first of all necessary to identify an appropriate architecture of choice.

In the yacht context, internal elements of the environment itself, such as lighting, multimedia entertainment systems and temperature, have been identified as the frame of the chosen architecture.

These internal elements include components with which people interact directly by manipulating or being influenced by them. Consequently, considering that emotions were temporary, the architecture of choice was designed with the ability to adapt to various emotions (such as joy, sadness, surprise, anger, fear).

How goes the research today

At the moment, the researchers are working on the concretization and implementation of the solutions hypothesized so far. This involves the general functions design of the adaptive user interface distributed in the environment, and the definition of the adaptation rules and their formalization in an adaptation management system itself.

Until now, have been defined the decision-making algorithms which allow the system to modulate the color of light and to propose music, selected from a playlist based on the emotions expressed by the user while watching videos. These algorithms were implemented in a first prototype of the system, and has started a first experimentation activity.

Aiming this goal, the researchers are developing high-fidelity mockups, also using eXtented Reality technologies, to allow testing the solutions hypothesized so far at a conceptual level and to collect information on the interaction with the user necessary to refine the adaptation rules.