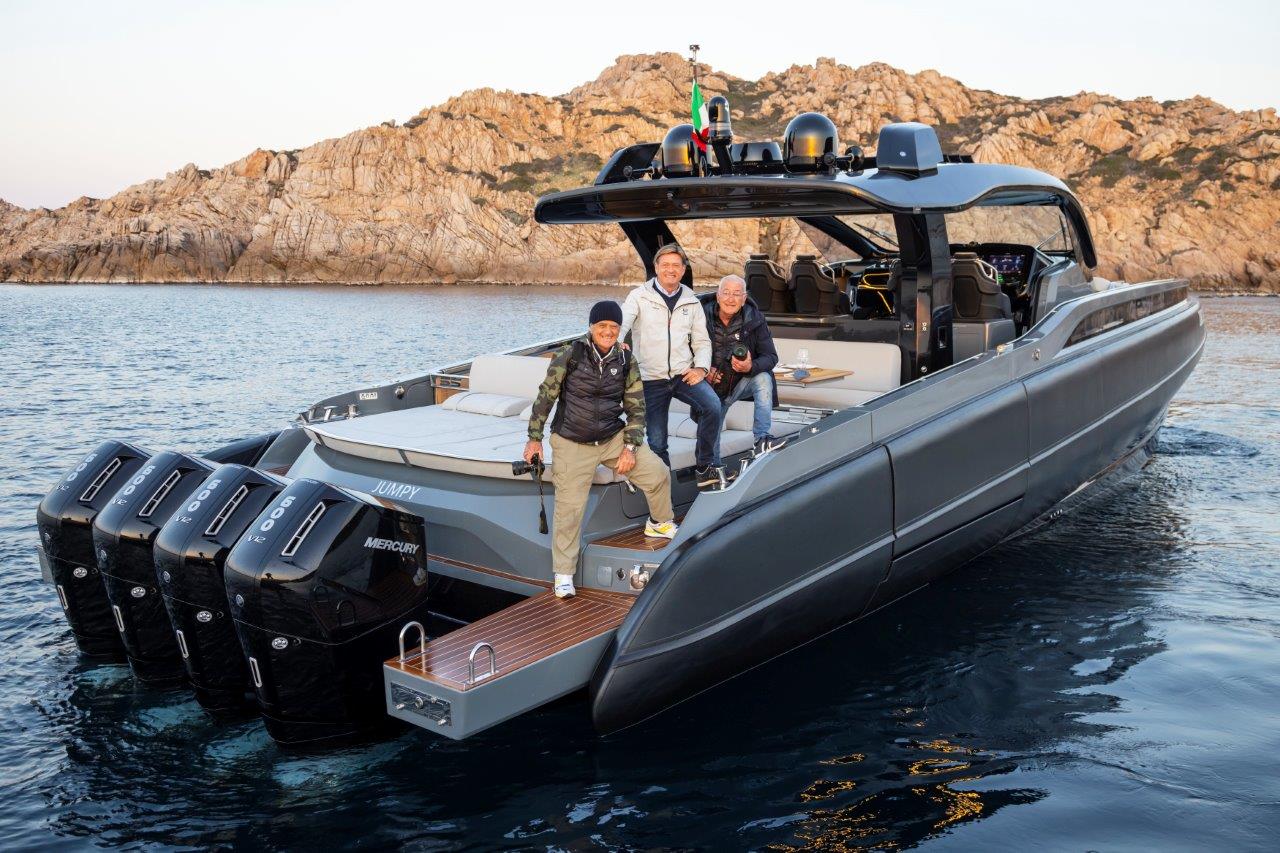 SACS has decided to launch a series of initiatives, both of digital and TV communication, through the #2FOCUSONREBEL project that shook things up in the Sardinian waters in April and will be presented to the public in May.

The REBEL 55, fully equipped with four Mercury Verado 600 engines, sailed along the Costa Smeralda for a European premiere; a boat whose technology perfectly combines with style and performances. In order to describe such a special and unique REBEL, Sacs requested the lens of Gigi Soldano and Carlo Borlenghi, two authentic milestones of world photography that shot together for the first time.

If Borlenghi is a true icon in the nautical world, Soldano is the equivalent in the motorcycle area. Indeed, in the two-day shooting the qualities of the REBEL 55 were enhanced by the photographers, whose different expertise combined in a one-of-a-kind medley (from the America’s Cup and Dakar of the past up to the exclusive pictures of Luna Rossa and Valentino Rossi).

The exciting “two focus-challenge” was narrated by Sandro Donato Grosso in the exclusive TV special directed by Claudio Cavilotti for “The Boat Show”, a real gem in the nautical scene. It will be aired on Thursday, May 5 in prime time on Sky Sport Arena Ch 204.

Thanks to the support of SACS partner Maxitender, the atmosphere in Sardinia was always exciting and professional with even a 4 am wake-up call to capture the light of the dawn, the long sailings and the incredible amethyst shades of Sardinian waters.

Many moments that helped to create an exciting backstage that will be presented in the Sacs Digital Stories where Francesca Russo will let us discover all the behind the scenes of the event.