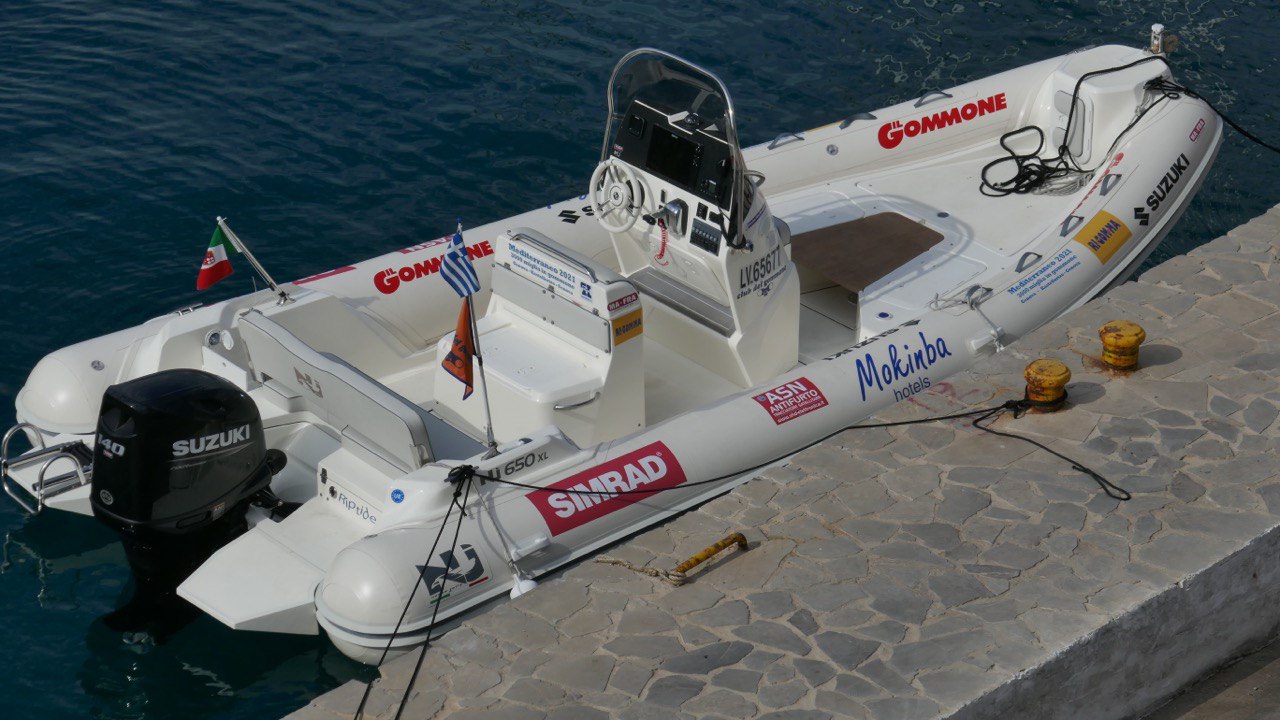 Simrad Yachting will once again be a partner of the adventure organized by the “Club del Gommone” (RIB Club) this year, which will start on 24th April from Rome Fiumicino. A 6.70-meter Nuova Jolly inflatable boat powered by Suzuki 200hp will touch some of the main European capitals during the race.

Simrad technology on board

The dinghy will use C-Map cartography and Simrad electronics. In particular, the NSXTM 3009 will be installed on board, the smart fishfinder chartplotter that combines a simple interface with high-definition graphics. Thanks to the support of C-Map, the high definition display is visible from any angle, in direct sunlight and through polarized lenses. It is also fully touchscreen.

The radar will instead be HALO20 with pulse compression, the ultimate in target detection and high levels of safety along with incredibly sharp images at short and long range.

In the “Raid Europeo 2022“, as in the previous editions, the entire route will be carried out with the proven relay formula and nine crews will participate for a total of 25 people.

After the departure from Rome Fiumicino, the first crew change is scheduled in Genoa. The next is in Marseille from where, after 100 miles in the Gulf of Lion, at Sète they will enter the Canal du Midi and, in Toulouse, the subsequent Canal Lateral de la Garonne: a total of 260 miles and 155 locks to get to Bordeaux.

The fourth relay will end in Sables D’Olonne, after 140 miles between the Gironde and the Bay of Biscay. It will then be the turn of Brest, Saint Malò, Le Havre and then another 190 miles to go up the Seine to Paris.

In the French capital the seventh relay will board the ship which, after having descended the Seine, will cross the English Channel and go up the Thames, will land in London. The eighth relay will have to cross the Channel again and then head towards Amsterdam, while the last stage will see the ninth relay go up the Rhine river, arrive in Strasbourg and conclude the Raid in Basel.

“This adventure is the perfect seal to Simrad Yachting’s strategy which places the rib and maxi-rib segment at the heart of the brand’s current and future program. We have always believed in the value of the partnership with the dinghy club whose members share a passion for the sea and fair competitiveness with us ”, comments Roberto Sesenna, general manager of Navico Italy.