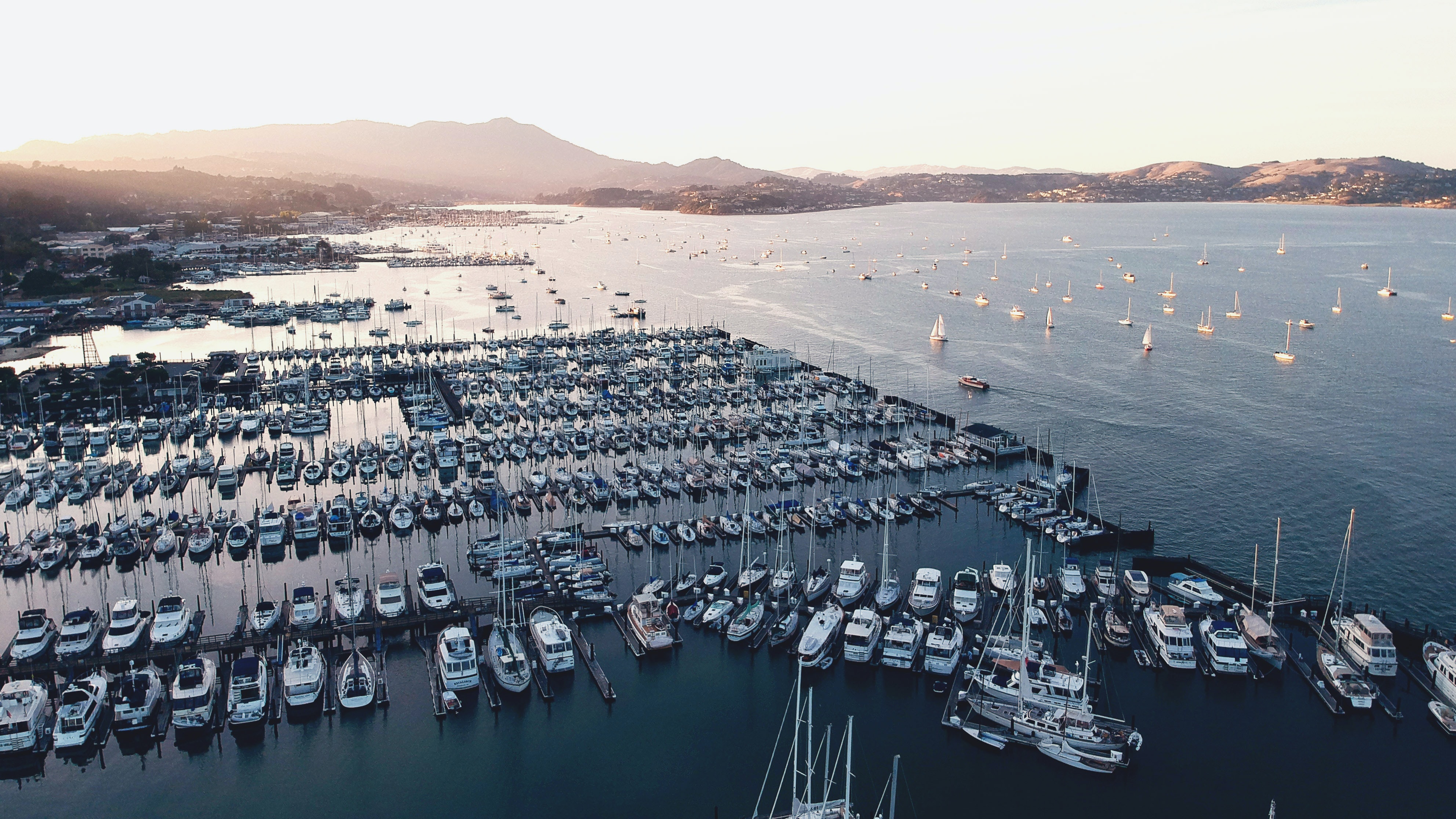 The international shipping industry is responsible for the carriage of around 90% of world trade, so vessel safety is critical.

The sector continued its long-term positive safety trend over the past year but Russia’s invasion of Ukraine, the growing number of costly issues involving larger vessels, crew and port congestion challenges resulting from the shipping boom, and managing challenging decarbonization targets, means there is no room for complacency, according to marine insurer Allianz Global Corporate & Specialty SE’s (AGCS) Safety & Shipping Review 2022.

“The shipping sector has demonstrated tremendous resilience through stormy seas in recent years, as evidenced by the boom we see in several parts of the industry today,” says Captain Rahul Khanna, Global Head of Marine Risk Consulting at AGCS.

“Total losses are at record lows – around 50 to 75 a year over the last four years compared with 200+ annually in the 1990s. However, the tragic situation in Ukraine has caused widespread disruption in the Black Sea and elsewhere, exacerbating ongoing supply chain, port congestion, and crew crisis issues caused by the Covid-19 pandemic.

At the same time, some of the industry’s responses to the shipping boom, such as changing the use of, or extending the working life of, vessels also raise warning flags. Meanwhile, the increasing number of problems posed by large vessels, such as fires, groundings and complex salvage operations, continue to challenge ship owners and their crews.”

Such progress reflects the increased focus on safety measures over time through training and safety programs, improved ship design, technology and regulation.

According to the report, there have been almost 900 total losses over the past decade (892).

The South China, Indochina, Indonesia, and the Philippines maritime region is the main global loss hotspot, accounting for one-in-five losses in 2021 (12) and one-in-four-losses over the past decade (225), driven by factors including high levels of trade, congested ports, older fleets, and extreme weather. Globally, cargo ships (27) account for half of vessels lost in the past year and 40% over the past decade.

Foundered (sunk/submerged) was the main cause of total losses over the past year, accounting for 60% (32).

While total losses declined over the past year, the number of reported shipping casualties or incidents rose. The British Isles saw the highest number (668 out of 3,000). Machinery damage accounted for over one-in-three incidents globally (1,311), followed by collision (222) and fires (178), with the number of fires increasing by almost 10%.

The shipping industry has been affected on multiple fronts by Russia’s invasion of Ukraine, with the loss of life and vessels in the Black Sea, disruption to trade, and the growing burden of sanctions. It also faces challenges to day-to-day operations, with knock-on effects for crew, the cost and availability of bunker fuel, and the potential for growing cyber risk.

The invasion has further ramifications for a global maritime industry already facing shortages.

Russian seafarers account for just over 10% of the world’s 1.89 million workforce, while around 4% come from Ukraine. These seafarers may struggle to return home or rejoin ships at the end of contracts. Meanwhile, a prolonged conflict is likely to have deeper consequences, potentially reshaping global trade in energy and other commodities.

An expanded ban on Russian oil could contribute to pushing up the cost of bunker fuel and impacting availability, potentially pushing ship owners to use alternative fuels. If such fuels are of substandard quality, this may result in machinery breakdown claims in future.

At the same time, security agencies continue to warn of a heightened prospect of cyber risks for the shipping sector such as GPS jamming, Automatic Identification System (AIS) spoofing and electronic interference.

“The insurance industry is likely to see a number of claims under specialist war policies from vessels damaged or lost to sea mines, rocket attacks and bombings in conflict zones,” explains Justus Heinrich, Global Product Leader, Marine Hull, at AGCS. “Insurers may also receive claims under marine war policies from vessels and cargo blocked or trapped in Ukrainian ports and coastal waters.”

The evolving range of sanctions against Russian interests presents a sizeable challenge. Violating sanctions can result in severe enforcement action, yet compliance can be a considerable burden.

It can be difficult to establish the ultimate owner of a vessel, cargo or counterparty. Sanctions also apply to various parts of the transport supply chain, including banking and insurance, as well as maritime support services, which makes compliance even more complex.

A burning issue: fires on board

During the past year, fires on board the roll-on roll-off (ro-ro) car carrier Felicity Ace and the container ship X-Press Pearl both resulted in total losses.

Cargo fires are indeed a priority concern. There have been over 70 reported fires on container ships alone in the past five years, the report notes.

Fires often start in containers, which can be the result of non-/mis-declaration of hazardous cargo, such as chemicals and batteries – around 5% of containers shipped may consist of undeclared dangerous goods. On large vessels, fires can spread quickly and be difficult to control, often resulting in the crew abandoning ship, which can significantly increase the final cost of an incident.

Fires have also become a major loss driver for car carriers. Among other causes, they can start in cargo holds, caused by malfunctions or electrical short circuits in vehicles, while the open decks can allow them to spread quickly.

The growing numbers of electric vehicles (EVs) transported by sea brings further challenges, given existing counter-measure systems may not respond effectively in the event of an EV blaze. Losses can be expensive, given the value of the car cargo and the cost of wreck removal and pollution mitigation.

When large vessels get into trouble, emergency response and finding a port of refuge can be challenging.

Specialist salvage equipment, tugs, cranes, barges and port infrastructure are required, which adds time and cost to a response. The X-Press Pearl, which sank after it was refused refuge by two ports following a fire – the ports were unable or unwilling to discharge a leaking cargo of nitric acid – is one of several incidents where container ships have had difficulty finding a safe haven.

Meanwhile, the salvage operation for the car carrier Golden Ray, which capsized in the US in 2019, took almost two years and cost in excess of $800mn.

“Too often, what should be a manageable incident on a large vessel can end in a total loss. Salvage is a growing concern. Environmental concerns are contributing to rising salvage and wreck removal costs as ship owners and insurers are expected to go the extra mile to protect the environment and local economies,” says Khanna.

“Previously, a wreck might have been left in-situ if it posed no danger to navigation. Now, authorities want wrecks removed and the marine environment restored, irrespective of cost.”

Higher salvage costs, along with the burden of larger losses more generally, are a cost increasingly borne by cargo owners and their insurers.

“’General average’, the legal process by which cargo owners proportionately share losses and the cost of saving a maritime venture, has become a frequency event, as well as a severity event, with the increase in the number of large ships involved in fires, groundings and container losses at sea compared with five years ago,” explains Régis Broudin, Global Head of Marine Claims at AGCS.

It was declared in both the Ever Forward and Ever Given incidents. The large container ship Ever Forward ran aground in the US in March 2022, and was stuck for over a month before it was freed, almost a year to the day after its sister vessel, Ever Given blocked the Suez Canal.

While the Covid-19 pandemic resulted in few direct claims for the marine insurance sector, the subsequent impact on crew welfare and the boom in shipping and port congestion raises potential safety concerns.

Demand for crew is high, yet many skilled and experienced seafarers are leaving the industry. A serious shortfall of officers is predicted within five years.

For those who remain, morale is low as commercial pressures, compliance duties and workloads are running high. Such a work situation is prone to mistakes – 75% of shipping incidents involve human error, AGCS analysis shows.

The economic rebound from Covid-19 lockdowns has created a boom time for shipping, with record increases in charter and freight rates.

While this is a positive for shipping companies, higher freight rates and a shortage of container ship capacity are tempting some operators to use bulk carriers, or consider converting tankers, to transport containers.

The use of non-container vessels to carry containers raises questions around stability, firefighting capabilities, and securing cargo. Bulk carriers are not designed to carry containers, which could impact their maneuvering characteristics in bad weather, and crew may not be able to respond appropriately in an incident.

With demand for shipping high, some owners are also extending the working life of vessels. Even before the pandemic, the average age of vessels was rising.

Although there are many well-managed and maintained fleets composed of older vessels, analysis has shown older container and cargo vessels (15 to 25 years old) are more likely to result in claims, as they suffer from corrosion, while systems and machinery are more prone to breakdown. The average age of a vessel involved in a total loss over the past 10 years is 28.

Covid-19 measures in China, a surge in consumer demand, and the Ukraine invasion have all been factors in ongoing unprecedented port congestion which puts crews, port handlers and facilities under additional pressure.

“Loading and unloading vessels is a particularly risky operation, where small mistakes can have big consequences. Busy container ports have little space, while the experienced labor required to handle the containers properly is in short supply. Add in fast turnaround times and this may result in a heightened risk environment,” explains Heinrich.

With momentum gathering behind international efforts to tackle climate change, the shipping industry is coming under increasing pressure to accelerate its sustainability efforts, the report notes, given its greenhouse gas emissions grew by around 10% between 2012 and 2018.

Decarbonization will require big investments in green technology and alternative fuels. A growing number of vessels are already switching to liquefied natural gas (LNG), while other alternative fuels are under development, including ammonia, hydrogen and methanol, as well as electric-powered ships.

The transition to alternative fuels will likely bring heightened risk of machinery breakdown claims, among other risks, as new technology beds down and as crews adapt to new procedures.