Home Megayacht TecnoRib at the Cannes Yachting Festival with the world premiere of the... 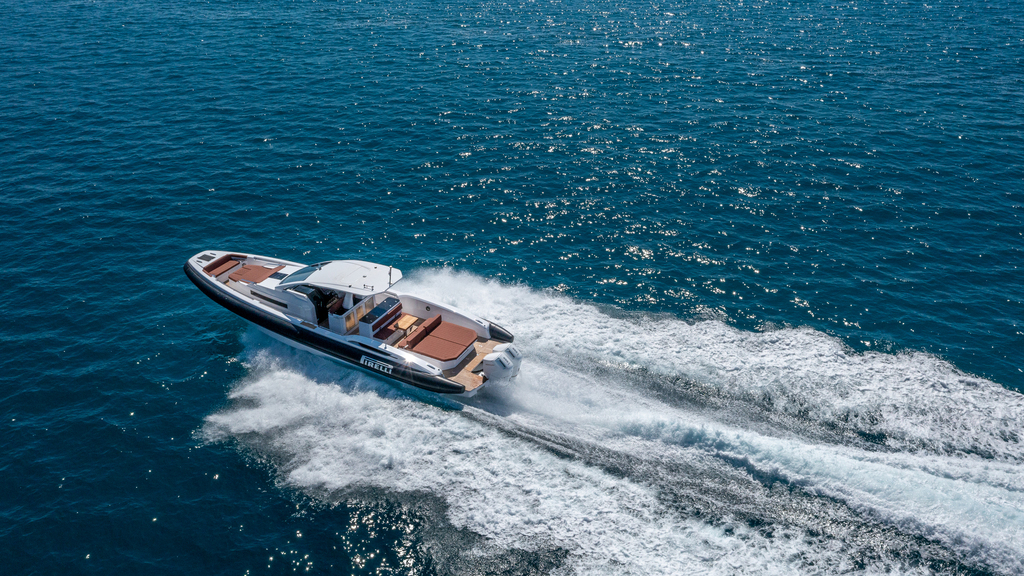 The Cannes Yachting Festival, one of the most important and eagerly awaited boat shows in the world, will be the setting for the world premiere of the PIRELLI 50, the new flagship of TecnoRib’s highly successful Walkarounds line.

After the spring preview at the Palma Boat Show, the 15-metre yacht that offers a combination of adrenalin-fuelled performance and feeling of a yacht will be available for in-water test trials from 6 to 11 September.

PIRELLI 50, designed for versatile use (day or medium range cruising, or chase boat for a superyacht), features an aerodynamic and contemporary look that recalls the family feeling of the range.

Ocke Mannerfelt, founder of the Mannerfelt Design Team, designed the two-step planing hull, which combines the highest degree of stability and safety with exceptional performance, while the deck was designed by his son Ted, now head of the studio.

The external layout offers extreme freedom of movement, and the entire perimeter walkway is protected by bulwarks and features two long handrails hidden out of sight. The stern sundeck is equipped with a pantograph backrest, while a dinette with a teak table is located behind the solarium.

Talking about the bar/kitchen area, this is covered by the continuation of the hard top and equipped with a cabinet with sink, hob, three refrigerators and an ice maker. The driving area is in a raised position for greater visibility and features a helm station with three seats, while the bow area is furnished with a sofa and sundeck. 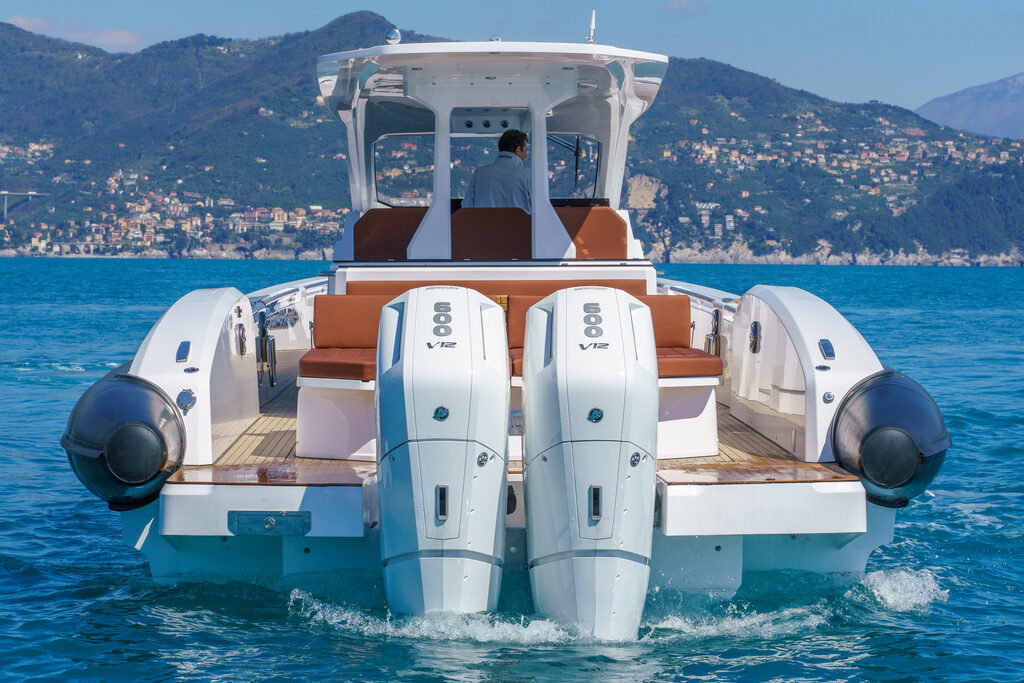 With its contemporary design and attention to detail, the lower deck offers two double cabins and a bathroom.

The engine of the first model features two 600 hp Mercury Verado outboards for a maximum of 50 knots, while the sterndrive model on display in Cannes will be equipped with a pair of 440 horsepower Volvo Penta D6, which allow it to reach 52 knots.

Other models at the Cannes Yachting Festival

In addition to the Pirelli 50, the PIRELLI 42 will also be present: the first model of the range in chronological order debuted at the Düsseldorf International Boat Show in 2020.

This led to the evolution of the style and philosophy of TecnoRib’s maxi ribs and served as a step forward in the creative process that began with the PIRELLI 1400. At 13.1 metres long and 4.1 metres wide, it can be equipped according to the owner’s needs, and can comfortably accommodate many guests, in an unexpectedly way for a boat of its size.

The model at the CYF is powered by a pair of 400 horsepower Volvo Penta D6 sterndrives, but different engines – both diesel and petrol can be installed up to a maximum power of 1350 horsepower.

The PIRELLI 35 is the smallest model of the line, at 11.2 metres in length and a width of 3.80 metres and is equipped like the other two with a two-step planing hull and a maximum speed above 50 knots.

It is available in outboard and sterndrive versions, and two models will be present in Cannes. The first is a outboard unit equipped with two 300 horsepower Mercury engines, and a jury of approximately 50 international design experts awarded the model with the Red Dot Design Award 2022, one of the most important awards in the world for over 30 years.

This award has confirmed its success of the range modernization process that began in 2020, which involved design and performance. The second model is an sterndrive rib powered by 2 Mercury 270 hp engines.

A scale model of the new PIRELLI 30 will also be on display, which will debut at the Düsseldorf International Boat Show scheduled for January 2023.

Finally, the exclusive Sacs Tecnorib lounge conceived by Christian Grande will be available to all visitors, designed to seal the new reality Sacs and TecnoRib, born from the union of the two brands and immediately became the new reference in the maxi rib sector.