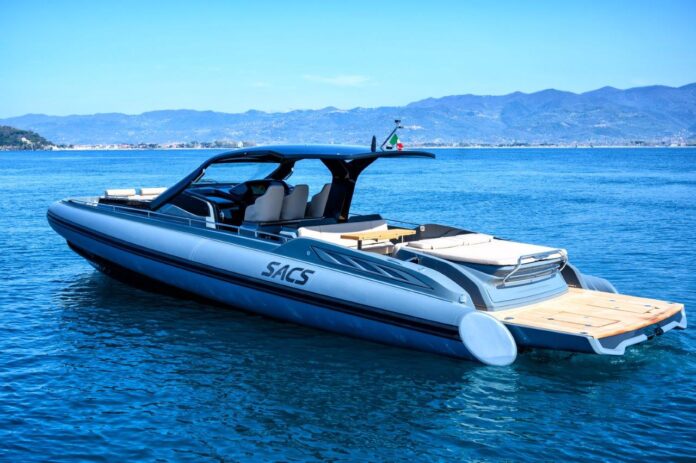 Sacs will be present with its most iconic models of the Strider and Rebel brands at the upcoming Cannes Yachting Festival, from 6 to 11 September.

Four models from the Strider range will be on display at a completely renovated stand designed by Christian Grande: Strider 10 and Strider 11, shown here in the open back version of which more than 50 have been sold in three years, as well as the Strider 13 and Strider 15.

The two Rebel brand models, the 47 and 55, will also be on display in a separate area of the show.

Rebel 47 is the iconic model that launched in 2016 as the first example of a revolutionary line that uses military and civil rescue technologies. With an overall length of 14.06 metres and a width of 4.41 metres, it offers leisure spaces (with four berths) and unprecedented comfort on the water.

With a length of 17 metres and a beam of 5.28 metres, the Rebel 55 is the flagship of the series.  On the outside, a living area can be converted into a dining area and galley, while below deck it features two cabins with a super queen double bed, a bathroom and separate shower, and a living space within the main area. An inboard or outboard motor can be installed.

Inside the new exclusive lounge also designed by Christian Grande, Sacs Tecnorib will host clients and friends of the shipyard that immediately became a new reference in the sector, despite being established only 9 months ago.

The Sacs Tecnorib lounge will be located at stand QSP140