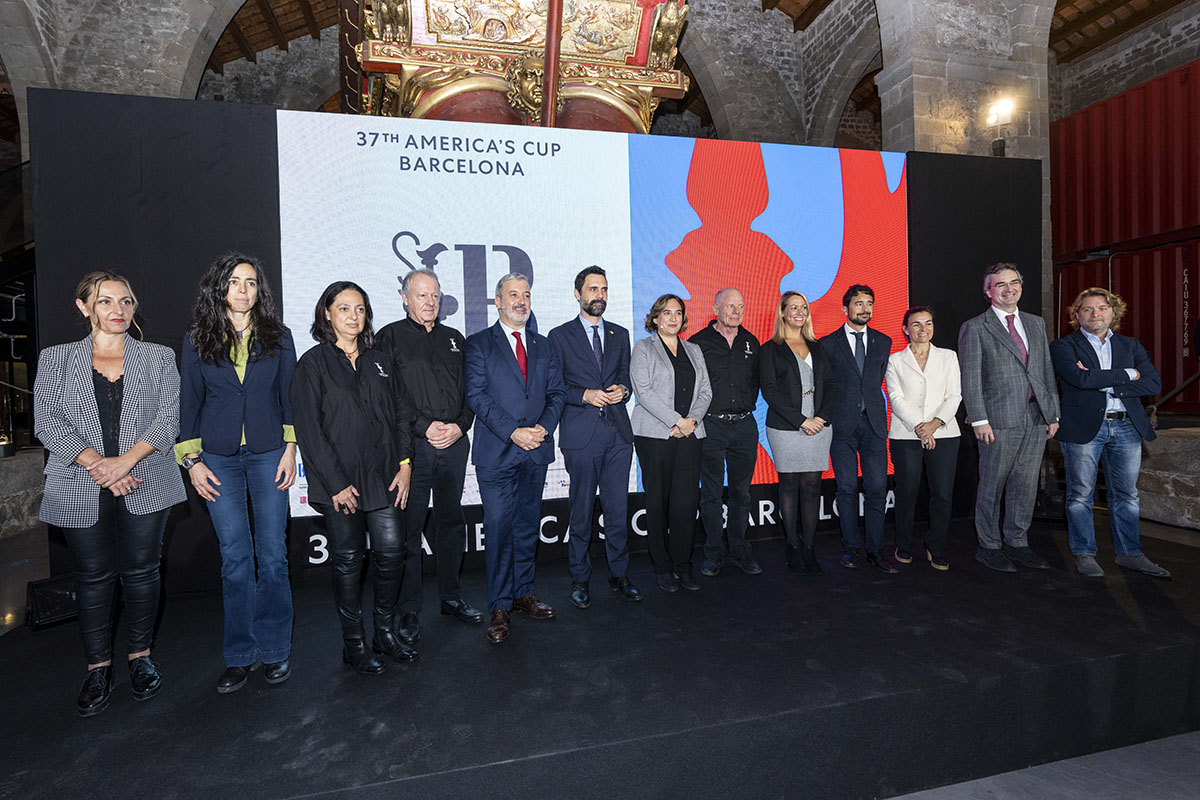 The Official Logo of the 37th America’s Cup was revealed in Barcelona this week at the Museu Maritim de Barcelona.

Designed by Pràctica, a Barcelona and New York based design and identity studio, who were selected from a shortlist of three creative studios.

The design for the 37th America’s Cup proposes having the Auld Mug as the central most important element of the America’s Cup, giving it the full protagonism through a visual language that also suggest Barcelona and everything that makes it so unique.” Said Javier Arizu, also Partner of Pràctica.

The America’s Cup symbol has been redrawn and synthesized so it can be reproduced in all sizes and media and is aligned with a bold ‘B’ typeface that directly represents Barcelona.Anna Berbiela, Partner of Pràctica

The primary colours are supported by a vibrant colour palette that speaks about Barcelona’s energy.

At the Museu Maritim de Barcelona, ACE Barcelona CEO Grant Dalton presented the logo to the large audience of stakeholders and local media.

Dalton said, “We are really proud of the new logo and identity of the 37th America’s Cup here in Barcelona. It is bold and refreshing and will no doubt be clearly recognisable and associated with the event by the people here in Barcelona, Catalunya, Spain and around the world. So we want to commend Pràctica for their design but also thank ADG-FAD who organised a very thorough design process.”

The design and selection process was organised by ADG-FAD, a non-profit association of Art Directors and Graphic Designers in Spain. An institution that, since 1964, has organized the most renown awards in the sector, the ADG Laus Awards, with the aim to dignify and spread the importance of design in society.

And are part of The Fostering Arts and Design (FAD), a hub for professionals, students, companies and businesses connected to design: Arts & Crafts, Graphic Design and Visual Communication, Industrial Design, Architecture & Space Design and Fashion Design. 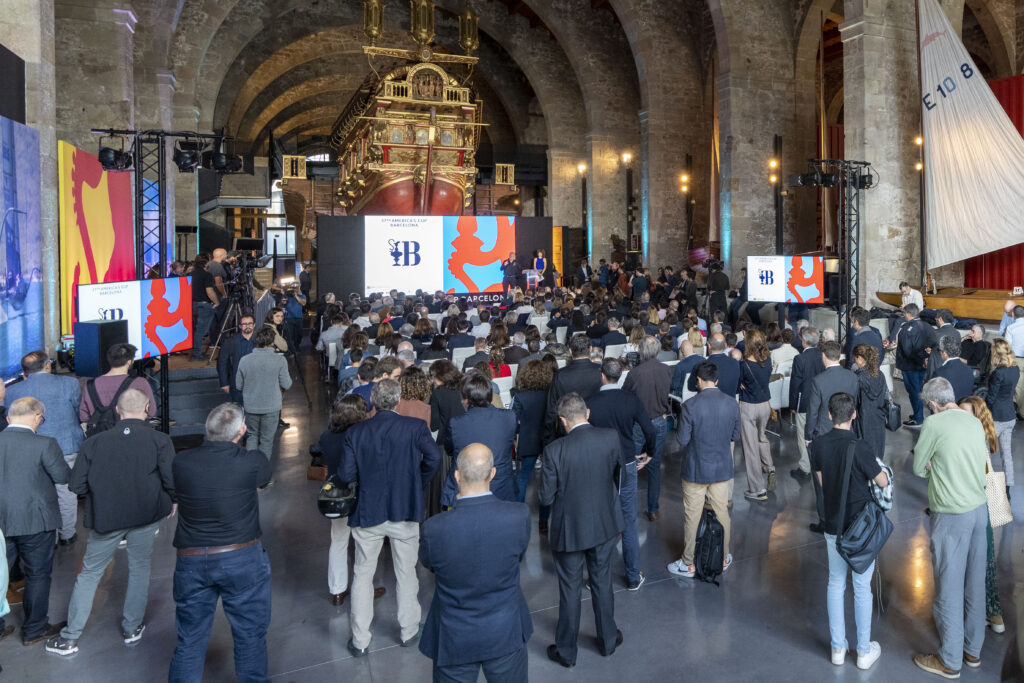 “ADG-FAD is honoured for having accompanied the America’s Cup organization in the process to select the best design proposal for the image of the 37th America’s Cup in Barcelona. We have supervised the process in order to achieve the highest quality outcome possible and to be respectful for the client and designers. We also have selected a committee of experts to assist in the analysis of the proposals presented: viability and visual, communicative and executive efficiency”.Sison Pujol, ADG-FAD president.