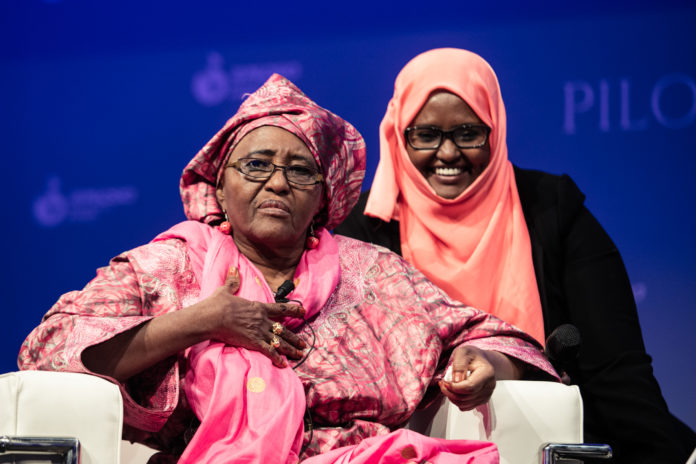 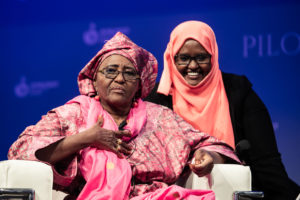 In Milan, in the presence of prominent personalities from the entertainment world, such as US actress Sharon Stone, representatives from politics and civilian society, but above all the major international entrepreneurs of the construction industry, the unique ceremony of the Pilosio Building Peace Award 2015 will take place. Up to now, more than 400 guests from 38 countries around the world have accepted. “This year,” explains Dario Roustayan, CEO of Pilosio and president of the Pilosio Building Peace Award “we will be awarding Dr. Hawa Abdi, first ever Somalian gynecologist and respected human rights activist, considered the ‘Mother Teresa of Somalia’ for her commitment in the years of famine and civil war, and we will also be presenting the details of the two schools built in Syria. Our international award has grown in its social dimension in favor of concrete projects such as Re: Build, which sees the entrepreneurial face of construction increasingly involved in giving support to local initiatives for a better and fairer society. ” Amongst the special guests of this the 2015 edition, will be the Nobel Peace Prize winner for 2011, Leymah Gbowee (Liberia), the Indian philanthropist Sanjit Bunker Roy, the founder of Women for Women International Zainab Salbi, Mother Agnes of Syria, Professor Umberto Veronesi, as well as other major international organizations such as ONU, Save the Children, Relief International, and European International Contractor. The Pilosio Building Peace Foundation, coordinator and implementer of the project Re:Build, has already built two schools for Syrian refugees in Jordan in cooperation with Save the Children, Relief International and the Clinton Global Initiative, and is now ready to launch a new and similar initiative on a larger scale in Somalia, in collaboration with the Hawa Abdi Foundation, for the realization of what has already been dubbed “Hope Village” , details of which will be presented at the ceremony. The recipient of the Pilosio award, “Mama Hawa”, is one of the most famous women in Africa, and is estimated to have saved the lives of over 90 thousand displaced people in the years of famine and during the years of civil war in Somalia, as well as provided care, protection and education to thousands of women and children. It all started with a small clinic near Mogadishu, in 1983, which later grew into the Hawa Abdi Village, a true island of hope for her countrymen and women in one of the most dangerous places in the world. As every year, The Pilosio Building Peace Award focuses on the most social aspect of the work of the building industry, reflecting on how it can be a real engine of change that goes beyond mere business. And, every year since 2011, Pilosio SPA has presented the award a person or to an organization that has contributed to the improvement of the living conditions of a community or to an entire population, globally. “Extraordinary characters like Hawa Abdi are a source of great inspiration for the courage and determination they have shown in fighting for their ideals”, reiterates Dario Roustayan, CEO of Pilosio and president of The Pilosio Building Peace Award, “as entrepreneurs we want to and we have to be the engine of change. In the globalized world in which we live today, without adequate conditions of peace and security there is no opportunity for business development, which is why, for those in business, giving economically is not enough; we must look beyond. “