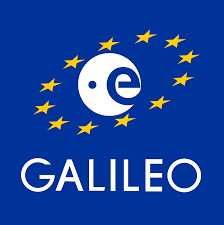 The European project Spyglass (Galileo-based Passive Radar System for Maritime Surveillance) is coming close to the validation of a prototype of ‘Passive bistatic radar’ (PBR) technology based on Galileo transmissions. Once finalised, the new system could help relevant authorities to assure better maritime surveillance, detecting and localising even non-indexed ships.

Maritime surveillance is one of the key applications where a fully operational Galileo constellation could make a difference, through its high precision and also by ensuring European independence in a sector that requires the resolving of Europe-specific challenges.

One of these challenges is none other than safety. In 2014 alone, over 6 000 accidents involving ships were reported to EMSA—the European Maritime Safety Agency. And while various European projects have set out to tackle the problem, existing systems are still based on AIS transponders, a collision-avoidance technology installed on vessels which communicate movement information over VHF channels.

According to the consortium behind the project, AIS is unfit for duty. Indeed, non-cooperative vessels—which often conduct illicit activities such as smuggling, illegal fishing, oil pollution or illegal immigration and are not equipped with AIS for obvious reasons—cannot be identified and positioned.

The Spyglass project builds upon the idea that the solution to this problem lies in PBR, a low-cost technology allowing for covert operation and reduces environmental impact. Combined with Galileo and its constellation that guarantees constant coverage of any point on Earth by several satellites, PBR technology developed under Spyglass has the potential to resolve the maritime safety issue once and for all.

What’s the added value of a PBR based on Galileo transmissions?
Although the ability to potentially provide covert, persistent maritime surveillance has been widely proved, common ‘transmitters of opportunity’, such as VHF and DVB-T, rely on terrestrial transmissions. On the contrary, GNSS signals ensure a worldwide coverage, thus extending such capability to remote areas such as the open sea. Such a system can therefore operate on its own or complement existing integrated maritime surveillance systems.

More specifically, why is it important to resort to a European GNSS rather than, say, using GPS technology?
Apart from the fact that Galileo offers unique opportunities due to its signal structure, it is believed that a European navigation system will be heavily relied upon by European authorities for a number of services, making the integration of this technology easier.
However, the technology does not exclude other navigation systems. For example, since Galileo and GPS were designed to be interoperable, a single receiver can record signals from both satellite systems with substantial improvements expected in terms of performance.

What did you learn from the testing of your prototype?
At present, we have experimentally validated theoretical calculations, showing that it is fundamentally possible to detect moving ships by their Galileo reflections, which is proof of concept of the underpinning science behind our project.

How does the SPYGLASS technology work exactly?
The Spyglass technology uses a single receiver tuned in to Galileo frequencies. The receiver can be installed on a buoy or on a tethered balloon to increase its area coverage. The receiver then records Galileo signals that naturally bounce off moving ships, and processes them to provide estimates of the ship’s relative range and speed.

What do you still need to do before you can deliver a final product?
This project has started in a place where a number of scientific questions as well as engineering challenges should be addressed. However, our work so far has laid out the foundations of a final product, with the first Spyglass prototype now on delivery. Besides the extensive test of the prototype under different conditions and before proceeding to work on its commercialisation, two main tasks shall be accomplished: the miniaturisation of the hardware and the development of a grid of systems to improve single sensor performances.

What are your plans to promote this technology to potential users?
Potential users include those entities that have a mandate to provide public services or information related to maritime awareness. Some of them have already been contacted and showed their interest: Italian Navy, Tributary Police and Coast Guard, as well as Greek Navy and Coast Guard. This subset is well known by the Consortium, as well as the operational framework in which it operates. A specific portfolio of services will be drafted and submitted to them at the end of the experimental campaign.