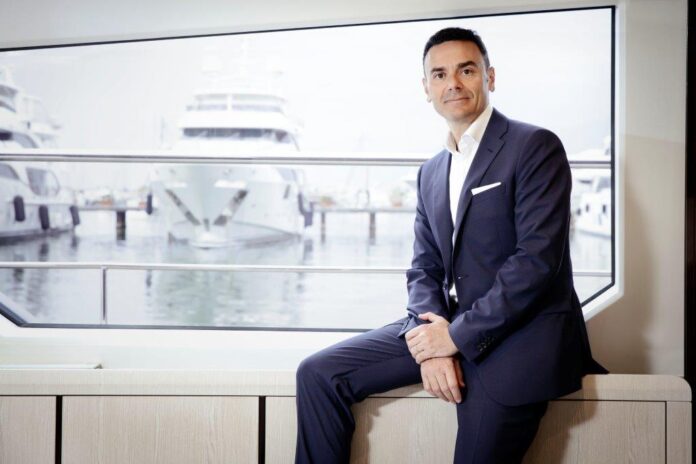 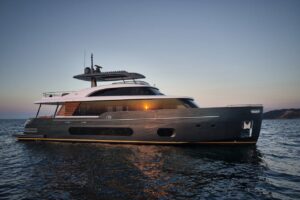 Azimut|Benetti restarts from Marco Valle, officially vested with the new role of Group CEO by Vice President Giovanna Vitelli at the annual meeting with the media that traditionally kicks off the nautical year.

Since joining the company in 1996, Valle has been assigned increasingly prominent roles that have led him to take on the position of CEO of Azimut Yachts in 2016. He now has been chosen by the owners to harmonize the best practices of both brands, with the aim of creating synergies and developing ever-better efficiencies.

This past year, despite the halt imposed by the pandemic, the company – which has built its success by continually investing in the credibility and reputation of its brands – still managed to confirm its solidity and dynamism. The Azimut | Benetti season therefore begins with a highly promising outlook.

A solid company with reached objectives

“I am extremely proud to declare that we have managed to ensure the delivery of all our orders, thanks to the flexibility that the company deployed at every level in the most difficult months. And that’s not all: with an increase in units sold – 56 to date – , we once again reasserted our leadership in the market of yachts measuring over 24 metres long”, says Giovanna Vitelli.

She goes on to say that “the appointment of Marco Valle fixes an inconsistency in our reality that over time had brought Benetti and Azimut to behave more as cousins than as brothers. Both brands are now ready for a new dynamic of heightened exchange and optimisation. Marco, with his strategic, broad-range vision, his ability to promote teamwork, his knowledge of the market and, above all, his commercial intuition, is the right man to make this step”.

The contribution of Valle 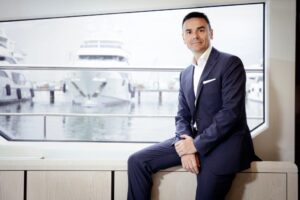 For his part, Valle emphasised how important it is to keep the identity of each brand intact and well-distinct, while fully respecting the signature characteristics of each shipyard.

It was always Valle who then introduced the second part of the meeting, focusing on the calendar of new launches scheduled for the next 18 months.

“Relying on a financial position that, despite this very complex year, has been further strengthened, we are now able to present a particularly rich program of product development. Our overall product range will increase from 30 to 35 models, thus essentially covering all the existing categories in the luxury yachting market, bringing the Collections from 8 to 10, adding the luxury explorer category, B.Yond and the whole Oasis experience.

This will allow us to continue serving our international clientele with even greater accuracy, meeting their demands with a range that not only offers yachts from 12 to over 100 metres long, but also makes it possible to choose from very different and assorted styles of navigation and experiences on board”, explained Marco Valle.

In fact, the Company will be showcasing an impressive 9 new models in the next 18 months.

Working in partnership with a handful of designers who for some years now have been defining the new signature style of the two brands, such as Alberto Mancini, Ken Freivokh, Giorgio M. Cassetta, Enrico Bonetti (Bonetti/Kozerski Architecture), Adrian Chisnell (RWD), the collaboration continued in a crescendo of anticipations and surprises, all of which are already part of the production pipeline.

For Azimut Yachts the range spans from the new flagship model, the Trideck designed by Achille Salvagni and Alberto Mancini, which will be ready by next January, when the Flybridge 53 (designed too by Mancini) is also scheduled to make its debut, to the Magellano 30 Metres, the older sister-model of the 25 Metres, which celebrated her debut in Portofino with the world premiere of Gabriele Muccino’s short film dedicated to the yacht. Plus the new Verve 42, a new Flybridge, and the new Magellano 66.

Benetti, who celebrated delivery of the first Oasis 40 M in Portofino (10 units sold on paper), will consolidate this new category with yet another model and will welcome the addition of a new product category, that of Motopanfilo, which promises to restore to the fullest all the charm of the classic watercraft models that made the brand famous in the 1960s.

Scheduled for next September, instead, is the introduction of the 37 M of the new B.Yond category.