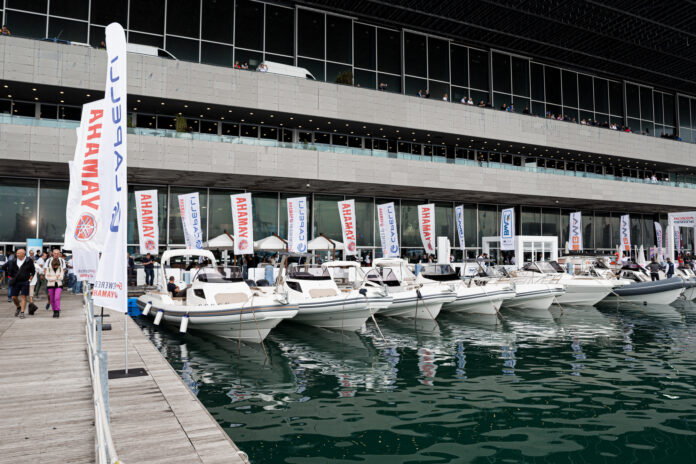 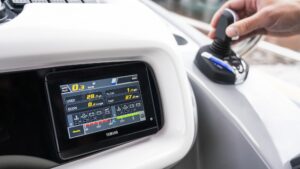 As in the previous editions, also this year many innovations from Yamaha’s marine division will capture the attention of enthusiasts and visitors to the Genoa Boat Show. In fact, on its 60th anniversary, the fair will host many previews and news from the world of the three tuning forks, as well as a long list of motorized vehicles with the top of Yamaha outboard technology.

Officially launched in July, Yamaha’s new rigging system will be present in Genoa on board the best of the Yamaha packages on display and in the water.

Helm Master EX has been designed for professionals, enthusiasts, anglers and less experienced users, thanks to a sophisticated range of features. Developed to be used with a single engine or multi-engines starting from 150 hp with electronic throttle, the Yamaha rigging system has been completely renewed in look and technology.

A key feature of Helm Master EX is its flexibility in installation; in fact it’s possible to integrate new functions in subsequent steps.

Lots of water tests for the Capelli fleet

Not only theory but also practice: at the fair, Yamaha will give the opportunity to test many of the vehicles of the Capelli empowered by Yamaha brand in the water, all equipped with the new rigging system.

The boats, for which it will be possible to book the test online, are:

Among the Capelli boats on display there will be two novelties. The new Tempest 750 motorized with F250 DETX, listed in the work, sport, luxe versions, available at the fair in the last two; and the new CAP 33 WA motorized with 2 x F300B in white color.

The latter is the evolution of the well-known CAP 32 WA, where an already tested and performing hull is accompanied by a renewed design, both as regards the distribution of spaces above and below deck and for the decor.

The fleet empowered by Yamaha 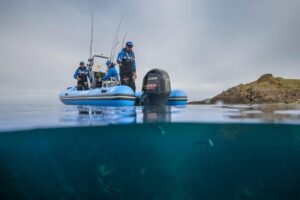 At the boat show, it will be possible to admire many and different package solutions, resulting from the collaboration of the Japanese house with some of the most prominent names in international shipbuilding, such as Jocker Boat, Salpa, Invictus, Lomac, Nuova Jolly, Sacs and Idea Marine.

Climbing aboard the many boats present, you will be able to see and test the versatility and technology of the Yamaha engine.

New look for the 40 horsepower of the Yamaha F40G Supreme

Another great new await the enthusiastic of the Japanese company: the 40 hp best performing on the market have redone their look, inspired by the more sporty and aggressive graphics of the SHO VMAX – and are preparing to conquer boaters and sea professionals.

Absolute premiere for the WaveRunner 2021 range. Officially launched in August, the new line up lands in Genoa with 2 new models: the VX Cruiser HO and the GP1800R SV HO.

The new VX Cruiser HO, in yellow and black livery, is the top of the VX range with the most powerful engine in the family. 4 cylinders and 1.8 liters of power allow for guaranteed fun along with high performance, precision handling, driving comfort and style.

On the other hand, the GP 1800 SV HO is fully part of the GP models, designed for high-performance competitions: alongside the 1812 cc SVHO supercharged engine with EFI, the union between an intake grille designed for top-loading competitions and a new plate, further improves maneuverability, turning and hooking in rough seas. 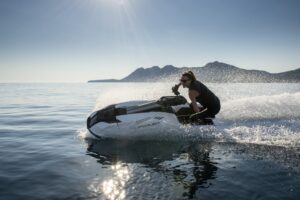 It is one of the most anticipated innovations and marks a new era in the stand-up jet ski segment. Icon for over 30 years, born from Yamaha’s racing DNA, the new SuperJet gives everyone the thrill of racing, no longer limited to professionals only.

The redesigned wider hull and “L Mode”, created to facilitate learning, bring the thrill of standing driving within everyone’s reach. The wide range of adjustable features gives novice and amateur riders a peace of mind that prepares them to enjoy a new kind of riding without problems.