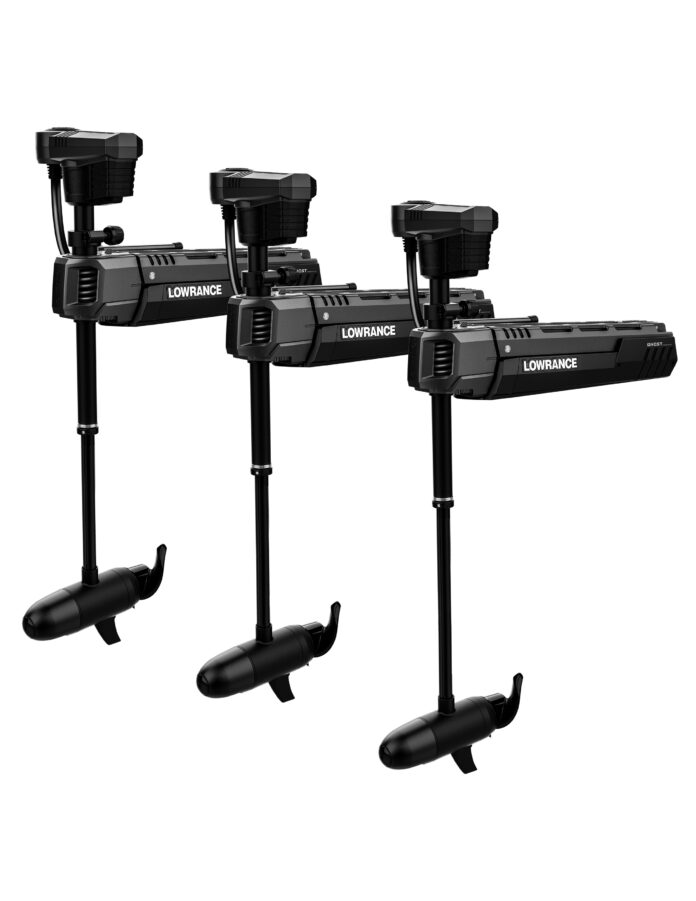 Lowrance, a company leader in fishing electronics since 1957, just announced the development of the design of its award-winning Lowrance Ghost freshwater trolling motor with the new Ghost 52 and 60.

The new Ghost 52 and 60 models, with 52-inch (132 cm) and 60-inch (152 cm) stems respectively, offer all the benefits and features of the original Ghost electric motor to higher bow boats. There is now a Lowrance trolling motor that meets  the needs of all bass anglers, but also for a wider range of multi-species and walleye fishing boats.

“Last year we stop the delay when we announced the Lowrance Ghost electric motor for bass anglers,” said Lucas Steward, Executive Vice President of the Lowrance brand. “After the initial launch, we received a huge amount of feedback from customers looking for this same functionality, but for boats with a higher bow. We listened to them and now there’s a Ghost for almost all freshwater anglers ”.

Here’s some of the main features of Lowrance Ghost 52 and 60.

The Ghost’s brushless motor generates 25% more thrust than other similiar motors, and offers up to 45% more running hours on a single charge, which equates to almost an extra day of fishing. The combination of precision in production, unique manufacturing materials and a state-of-the-art propeller design, which prevents seaweed entanglement, offers more thrust and greater efficiency.

The Ghost’s brushless motor helps eliminate noise and it has no brushes that wear out, ensuring superior reliability and longer life. The brushless motor emits no electromagnetic interference, giving anglers the clearest sonar views possible with zero interference on the screen.

Users can steer, adjust speed, configure route navigation or anchor at a current location, with the touchscreen control of a Lowrance display with SmartSteer interface. Ghost easily pairs with HDS LIVE, HDS Carbon and Elite-Ti² displays via a simple NMEA 2000 connection.

Fly-By-Wire’s instant and smooth steering, gives the Ghost the feel of a cable-steer motor, but without the mechanical cables that wear out over time. Regardless of the brand of trolling motor used previously, anglers will immediately feel comfortable with the Ghost’s innovative pedal, which is fully user configurable.

The pedal can be customized to your preferences through a programmable hotkeys and a Flip Switch that can be moved, allowing the trolling motor to be used from either side of the pedal. The buttons of the various modes have LED lights and a beep that provides feedback when a mode is activated. The foot controller is also equipped with a battery level indicator. Additionally, the Ghost 60 includes a standard remote control for easy control anywhere on the boat.

The 360-degree shock mount is designed to withstand any impact and to automatically realigns, once the affected structure is removed. A composite shank, with lifetime warranty, helps withstand shocks, while an integrated stabilizer bar reduces bounce when gliding in rough water.

The pedal cord is secured to the mount with sturdy stops, preventing it from moving across the deck, avoiding any damage to rods or reels and the obstructing the view of nearby Lowrance fishfinders.

The motor weighs less than 1.8 kg compared to equivalent brushed motors, making it easier to install, use and store. The Ghost is designed to work in 24 or 36 volt systems, with a thrust of up to 44/54 kg respectively and allows for future battery and charger upgrades.