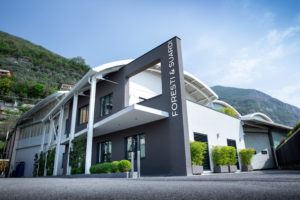 Foresti & Suardi was founded in 1961 in Predore, in the province of Bergamo, thanks to the joint efforts of founders Luigi Foresti and Lino Suardi.

With the abilities of Lino, a foundry expert, and Luigi, a skilled salesman specialising in yachts, Foresti & Suardi became a company whose craft approach quickly evolved into a solid industrial reality. The whole area of Lake Iseo is known for the excellence of its boatyards, including Riva and Rio. In this context the company gradually evolved until it became a point of reference for the supply of boat accessories. It went through and overcame the economic crisis that in 2008 brought many sectors to their knees, especially the yachting sector.

“We are very proud of the work we did during that period, above all because we manage to save all jobs,” says Luciano Paissoni, managing director of Foresti & Suardi. The effort was rewarded over time both with overall growth that took the turnover higher than before the crisis and in the tangible passion of the staff. It was a delicate phase, but “it represented a moment of reflection for our company,” says Paissoni, “in two ways: starting from an overall improvement in product quality, with particular attention to details, and then overcoming the industrial logic of standardised and mass production and moving into customised products“.

The decision to innovate the company’s products went hand-in-hand with greater staff involvement, and staff continue to show great enthusiasm for their work. The commitment that all components of Foresti & Suardi put into keeping the company going during the profound economic crisis was also linked to concrete passion for a job that was continuously evolving and becoming increasingly interesting.

“Our staff are very young, careful and keen. You can see the enthusiasm for products: even if mass produced ones are still important, a customised product, which requires greater care, ends up involving those who work here to a greater extent,” says Paissoni. The company has always believed in its team, with its passion and skills, treating every member as part of the Foresti & Suardi “family”. For this reason it invests heavily in training and the working environment. But innovation also means constant evolution of products and diversification.

Alongside yachting accessories in brass, aluminium and steel with which the Bergamo company became famous, there are also lamps, spotlights and wall lights, and not only for the marine sector. Company know-how has consolidated around technical and stylistic abilities, combining traditional materials with wood, glass and leather, so producing lighting equipment suitable also for private houses, ports and marinas. All these choices led to overall growth, which translated into expansion of the company.

A new site for the historic foundry

Foresti & Suardi is one of the few real foundries remaining in Italy, and it developed over time guaranteeing diversified and high quality production. To do this it was divided into specialised departments able to manage and maintain a fluid and rapid workflow.

The first department, where everything starts, is the mechanical department where the mould is built and worked on; it is needed for mass production of moulded products in the foundry department. The components manufactured here are then worked on in the mechanical process department, where they are turned, milled, threaded and drilled. A willingness to experiment and apply new techniques and materials has allowed the company to diversify and increase production, bringing into play multiple skills that have made it possible to mix tradition and innovation in a winning formula.

The expansion of Foresti & Suardi has for example remained strongly linked to its territory, where there is a large number of skilled craftsmen recognised worldwide. In 2018 it purchased a new industrial building in Adro, in the province of Brescia, and production has already been transferred there. The end objective is to gradually move the whole company there and create an industrial centre that can produce both mass produced and customised products. For the same reason it was decided to extend its production network and purchase Alluminox, Sarnico, a company making yachting accessories in stainless steel. These are a series of steps that will allow Foresti & Suardi to grow further, with a series of large and small efforts that have been justly recognised over time.

The Bergamo company can count both on a compact, enthusiastic and willing team and on a high level of professionalism. This creates an ideal climate for the spread of new ideas and experiments, necessary elements for a company that wants to innovate. More than 50 years of competence have allowed Foresti & Suardi to create high-level yachting accessories, bringing in progressively alongside such successful lines as Inoxline (design technical accessories such as portholes, hinges and bitts) and Aluminiumline (a corollary of the brass series, with the added value of lightness and design) a new prestige brand: Starlight.

This line of lighting articles is a broad offering that unites strictly technical elements with design elements such as LED strips, bulbs, power sources or RGB switchboards. This ability to experiment and dare has been recognised on many fronts.

The “Halley” lamp received the prize at the Amsterdam METS (Marine Equipment Trade Show, the fair of reference for the sector) in 2010 and at the same time the category prize in the “NAUTICAL DESIGN AWARDS”. Previously it had been nominated and won the category prize in the “DAME” (Design Awards METS) thanks to technological innovation and design in the “Delphinus” courtesy lights and the room lights “Andromeda” and “Lyra”. A further nomination in the “NAUTICAL DESIGN AWARDS” came in 2012 for the clever foldaway “9320” bitts. All these prizes alongside a recent prestige certification obtained from the Institute for the Protection of Italian Producers.

UCINA Confindustria Nautica and the Istituto Tutela Produttori Italiani signed the convention last year to create a shared marque to certify and promote companies whose products are entirely made in Italy. This led to the project “Yachting produces certification – 100% original Italian quality” which promotes the quality and creativity of Italian yachting production which is recognised and exported internationally.

The certification is issued by the Institute to companies that respect the following product requisites: conceived and made entirely in Italy, built with quality natural materials with typical traditional processes and made respecting work, hygiene and safety. Currently only three Italian companies have received this certification, and one of them is Foresti & Suardi.

“Passing all the rigourous tests and obtaining certification is a source of great pride for our company,” says Luciano Paissoni. “In Foresti & Suardi not only is the production completely Italian but also the materials and machinery we use are made in Italy. This certification will certainly be a stimulus for local companies to choose suppliers in Italy, encouraging a virtuous circle that helps improve recognition of Italian quality also abroad.”

Constant commitment for a brilliant future 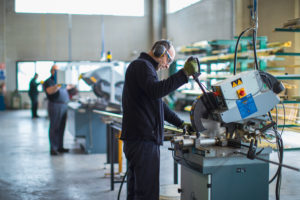 This recognition demonstrates the ability of Foresti & Suardi to manufacture high quality products whose Italian origin is an added value. The evolution of the range of accessories on offer has gone hand-in-hand with constant attention to staff, with internal training and diversification of activities with stimulating tasks alternating with mass production. The presence of competent professionals makes it possible to develop innovative ideas and to grow, but it also translates into good customer care.

First of all through customised products that can meet multiple needs and demands. But there is another fundamental aspect, as Paissoni reminds us: “We have based all our work on service and quality, our team is always available to offer efficient service. And you can see the results, because both Italian and overseas boatyards express satisfaction with the work we have done.”

Today Foresti & Suardi has a catalogue with an impressive quantity of different products, in addition to custom products, and is present in a number of markets at the same time: from technical accessories to design production. And thanks to the creation of the industrial centre in Adro the company will be able to further develop competences and production capacity, proud of its made in Italy certification which marks it is a 100% Italian company in an equation in which Italy equals quality.