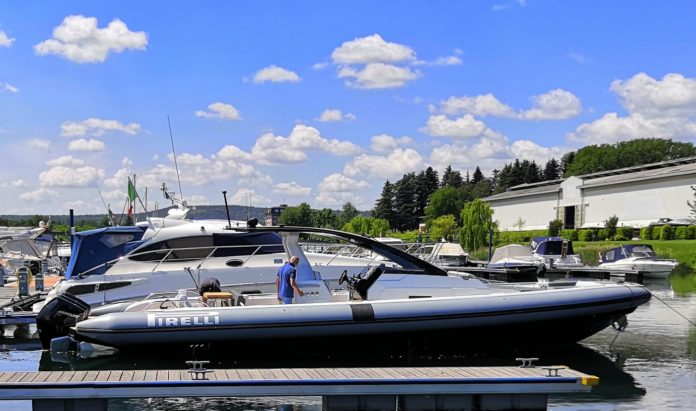 The success of the PIRELLI 42 inflatable boat continues: the walk-around was introduced for the first time worldwide at the beginning of the year at the Dϋsseldorf Motor Show. Confirming that the production of the Milanese shipyard has resumed its activity at full speed, the first two models of PIRELLI 42 with outboard engine were introduced just a few days ago.

A special feature of the outboard version is the open deck layout at the stern, which offers a more sporty and aggressive design at the expense of an area with a sun deck.

After a few weeks of closure, TecnoRib is now ready to face a season that could very productive. The managing director commented, “With uncertainty as regards the use of beaches this coming summer, the dinghy may perhaps be the ideal way to freely enjoy the sea. We have not had cancellations of orders: we are working at full speed and in full compliance with government regulations to guarantee maximum serenity to all persons involved, and with the intention of continuing to create an excellent product“. 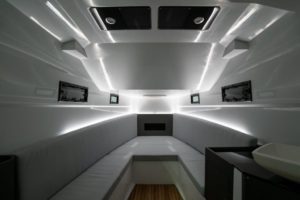 Designed by the Swedish designer Ted Mannerfelt, who emphasized its sporty spirit by following the aesthetic codes of previous models of the brand, PIRELLI 42 is the latest development introduced by the Rescaldina shipyard, and has garnered great success and interest since its launch.

All of the models in the series feature a large focus on relaxation areas, ease of driving, and high performance (above 45 knots). These are ideal characteristics for safely organizing holidays amongst uncrowded coves and beaches that are difficult to reach, getting there quickly in the name of relaxation and serenity.